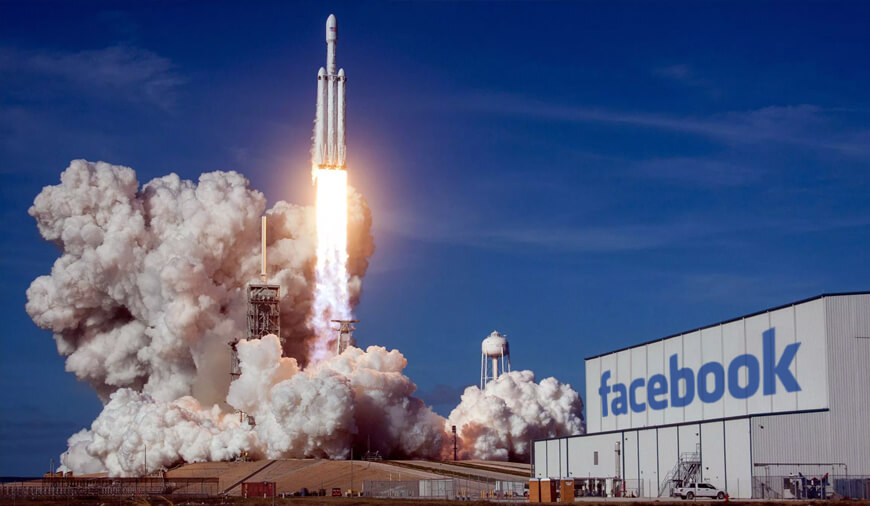 With a massive jump in the global use of the smartphones and internet connection, the requirement to connect the remote areas of this world looks to be need of the hour. In this aspect, Facebook remains one of the top companies to lend its efforts. After trying its hand in crafting passenger jet-sized and solar-powered drones to provide internet access, Facebook is up with its plans to launch satellites.

According to a report submitted by ‘The Wire’ after filing for the Freedom of Information Act, Facebook representatives met the Federal Communications Commission several times. The discussion was related to small, low Earth orbit satellite launches.

“The emails show that the social network wants to launch Athena, it is very own internet satellite, in early 2019. The new device is designed to “efficiently provide broadband access to unserved and underserved areas throughout the world,” according to an application that Facebook appears to have filed with the FCC under the name PointView Tech LLC.”

The other notable companies that are working in the same direction are Elon Musk’s SpaceX and Softbank-backed OneWeb. SpaceX has already launched a couple of its satellites which will be part of its Starlink satellite project.

“With the filing, Facebook joins Elon Musk’s SpaceX and Softbank-backed OneWeb, two well-funded organizations working on similar projects. In fact, SpaceX launched the first two of what it hopes will be thousands of its Starlink satellites just this past February.”

Prior to this attempt, Facebook collaborated with SpaceX in 2016 to launch its first internet satellite, but sadly the $95 million machine exploded on the launch itself. The accident was a major setback for the social networking company. Soon after that, Facebook shifted its focus to the solar-powered drone to cover the secluded areas of the globe, but this project also wasn’t able to make any headway due to Google’s parent company Alphabet’s interest in high-altitude balloons.

NEXT How & Why: The Reader's Digest To Collaborate Typescript with React Native

Mobile app technology is all about how innovatively you provide a solution to the people's simplest problems. This sentence is proven by the newbie in the Apple’s App Store that shocked everyone. The new secret messaging app Sarahah gained sudden popularity app Sahara due to its unique fea

The apps have for sure amasses a considerable portion of the mobile app industry and with an unprecedented spurt in the number of apps available in the Google Play Store and App Store, the role of apps is going to impact the tech industry for sure.In a recent research report published by Sensor

Google is Again The Default Browser in Firefox

Firefox Quantum has just been launched and Mozilla just released one of the most important updates on its browser. As you will try this new browser, you will find a new change in the form of Google becoming the default browser again for the users searching from US, Canada, Hong Kong and Taiwan. &nbs