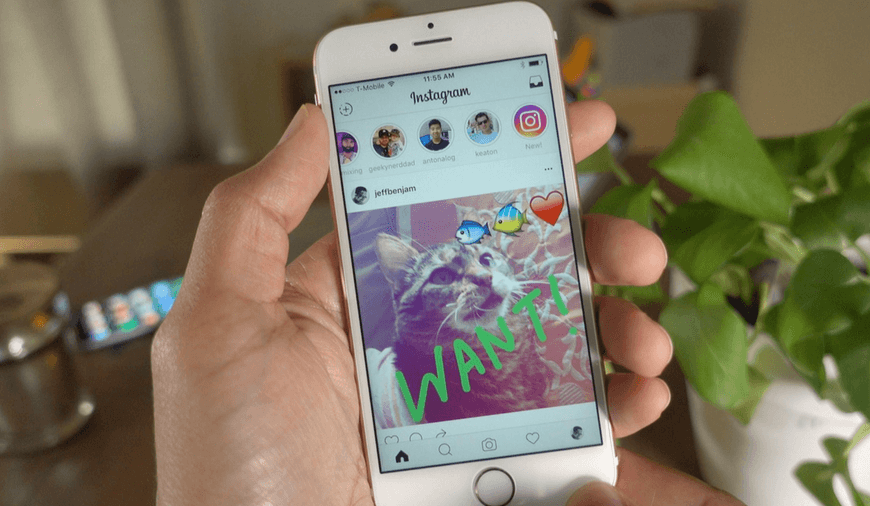 According to Facebook-owned video-sharing social networking service, the number of Instagram Stories daily active users has reached almost double to that of its rival, Snapchat. With a total user base of 1 billion, Instagram has 400 million daily users who are using the Stories feature daily.

The race to the top has made Instagram add new features and elements on a regular basis. Thus to stay in the fray, Instagram has come up with features like IGTV, music inclusion in the stories, and persistent Stories bar at the top, which is in the testing phase.

The IGTV is a long-form video feature that the user can post. Earlier, the video was limited to only 15 seconds. But with IGTV, the user can upload videos up to 10 minutes in duration, and only a few accounts have been commended with a duration of one hour. As an Instagram user, you can explore the feature in the app itself; else you can download the IGTV app from the App Store and Play Store.

The other feature that has been added lets the users add song clips to their stories. This feature has extended the freedom of adding sound after shooting the video, rather than playing the song through the speakers while recording a video. Furthermore, the user can pick the song clip from selected genres and moods.

An Instagram spokesperson emailed to The Verge regarding the new feature,

“We’re always testing ways to improve the experience on Instagram and make it easier to share any moment with the people who matter to you.”

The new moves from Instagram are expected to earn the company a pat on the back because new feature experiments will keep the Instagram alive among the users and moreover, users will have something or the other to fiddle with.

NEXT Evernote vs Google Keep: Clash Of The Top Productivity Apps

The Oreo update came up with many features and surprises for Android users but never reached a major portion of the consumers yet. Most of the Android device manufacturers failed to enroll the fully-featured Android Oreo 8.0 to all of their devices.However, HTC is among the few companies that ke