Another powerful snapdragon chip will be coming soon 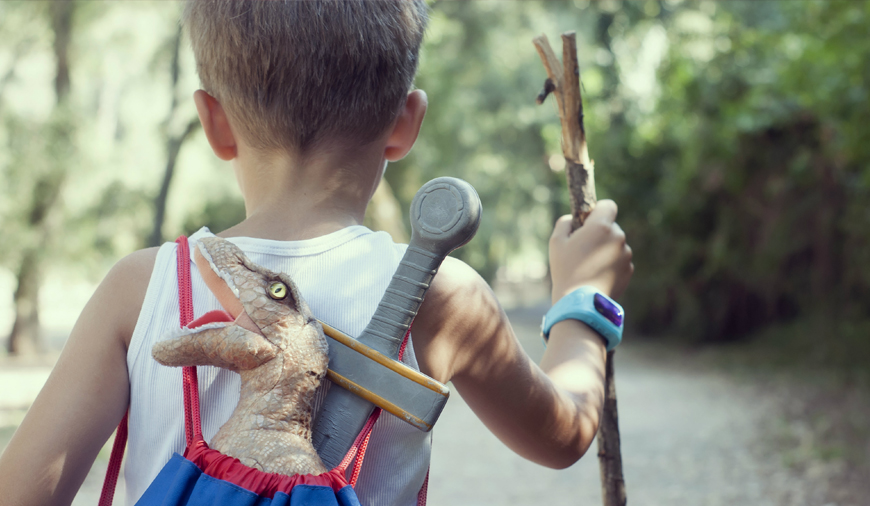 Qualcomm, the American multinational semiconductor and telecommunications equipment company is back on wearables. Yes, the chipmaker launched a new chip for the smartwatches after two years of wait. However, the new smartwatch powerhouse isn't for the standard smartwatches. The company has introduced new Snapdragon 2500 chip for the kids' smartwatches.

Qualcomm Snapdragon 2500 chip is specially designed to focus on the uses and needs of the kids. With new smartwatch chip, the company is trying to target the potential market that focuses on wearables for kids. With the evolving technology and the invasion of gadgets in day to day life, the kids are more dependable on these tech pieces. This is where Qualcomm wants to strike as an opportunity to customize the kids’ smartwatches that could help them in learning.

The chipmaker believes that it is necessary to make sure that kids should be surrounded by tech assistance wherever they go. Moreover, the new Snapdragon 2500 chip will make sure to continue kids learning even if they no longer access the computer. “It’s like you grew up on Alexa and you want to take Alexa with you,” said Pankaj Kedia, head of wearables at Qualcomm to The Verge. He also mentioned that the newly evolved smartwatches would help the kids in resolving their frequent queries like what is the national game of Australia? or how much time sunlight takes to reach the earth?

The Qualcomm Snapdragon 2500 chip is smaller than the previous smartwatch chips and comes with improved battery life. The chip is capable of supporting many sensors and features including camera up to 5MP, location tracking, and LTE. Besides, the new chip comes with a surprising tweak, it won't be running on Wear OS, the wearable platform from Android. Instead, Qualcomm has customized the Android for Kids’ watches. The company mentioned that the watches wouldn't be coming with an app store and won't be supporting notifications. Qualcomm will pre-install the apps and the features that it thinks are necessary and safe for kids.

Read: Blockchain Technology: Everything You Need To Know

However, the new chip for kids doesn't mean that the company won't be giving other powerful chip that we all are waiting for. Qualcomm also announced that soon it would be introducing another powerful chip for smartwatches with Wear OS. The Snapdragon 2500 chips are being supplied to the hardware makers by the company and the kids’ watches will be launched later this year. Among all the hardware partners Huawei will be the first one to introduce kids smartwatch equipped with Snapdragon 2500 chip.

Now that’s what we call the power for mobile apps when they change your life completely for all the good reasons.  19- year old Anok Yai is a college student and today entire world knows her through Instagram. Her pictures captured the attention of people and modeling agencies on the soci

The Wait Is Over: Spotify’s Android App Gets Long-Awaited Sleep Timer Feature

There’s good news for Android users, or more specifically Spotify Android users. Seems  like your prayers have finally been answered. This leading music streaming app has now decided to add the highly-requested feature of Sleep Timer. The sleep timer feature in Spotify will allow

In the series of latest developments that Facebook-owned Instagram has been making, the latest one is sharing videos through “Direct Message”. It is one of the various features that Instagram, the social messaging giant has rolled out lately after live video feature, adding hashtags to f

Niantic's genre-leading game, Pokémon GO, is able to garner $85 million in revenue in September only, which makes it the most profitable month for the Pokemon game. Interestingly, with the rise of other games like PUBG and Epic Games' Fortnite, Pokemon Go has performed exceedingly wel