Apple Brings On New Update For The macOS: Mojave 10.14

The new upgrade is about Dark Mode, image refinement, and more 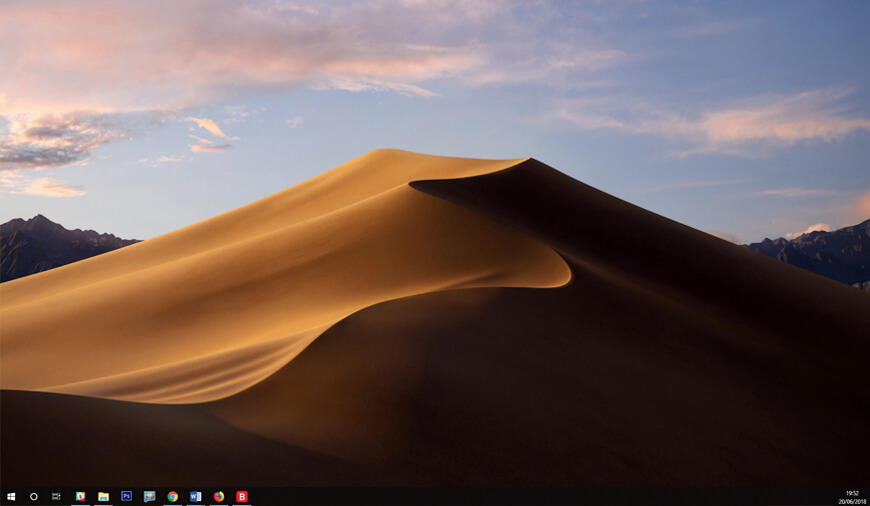 After focusing on iOS for the smartphone, Apple has kick-in with new changes for OS Mojave, the graphical operating system for the Mac. There is no doubt that smartphones are gradually sidelining desktops from our life, but still, there are areas that are governed by desktops only. Therefore, Apple’s new move is right on the track and it will further infuse confidence among the people regarding desktop usability.

Though the released version is the public beta yet, it clearly highlights the significant add-ons in the upcoming OS.

Last year in the WWDC, Apple unveiled macOS High Sierra. The upgrade was the successor to macOS Sierra. And now, with an air of superiority, Apple came up with macOS Mojave 10.14. The additions in the new OS are included while keeping in mind about the creative professionals because they make a good part of the market share.

The purple patch in the macOS Mojave version is the support for the cross-platform development. This implies iOS apps can be directly ported to macOS and who knows, in the near future, we can be able to run macOS apps on the iOS device.

The Major Highlights of the macOS Mojave are:

All these features look interesting at the initial phase, but when the final OS version rolls out, many new features can see the light and few may get axed. We will keep exploring the public beta version of macOS Mojave and hand you over with all the new updates.

In the broader context, I don’t recommend the installation of beta programs by a regular user because it takes a lot of time and there are many elements that may seem new, and the user may find it hard to crack. Generally, beta versions are the testing programs that companies offer to developers to work on.

NEXT Amazon Pushes Voice Control To Its iOS Alexa App

Firefox For Android Put To Rest Amid 'Fenix'

If reports are to be believed, Mozilla is working on a new internet browser named ‘Fenix’ to replace its existing Firefox for Android. The new browser is expected to be rolled out in the first half of 2019.Emily Kager, Mobile Engineer at Mozilla, has tweeted a post on her Twitter acc