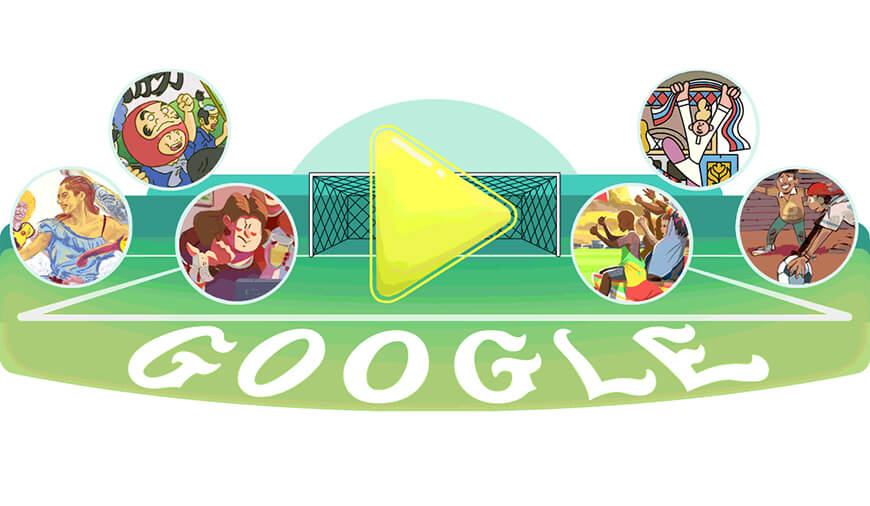 Whether you are a football fan or not you can see the FIFA World Cup 2018 fever everywhere. Yes, the most loving sport across the globe is celebrating its qurdenerial international football event. However, it is not only the fan who is excited about it, but even Google is also showing the support and anticipation through its doodle. Since the first day of the world cup, the search giant is shaping its doodle in some art representing any of the participating team’s culture. Yesterday was the fifth day of the tournament, to represent England’s first appearance Google used the doodle mentioned below. 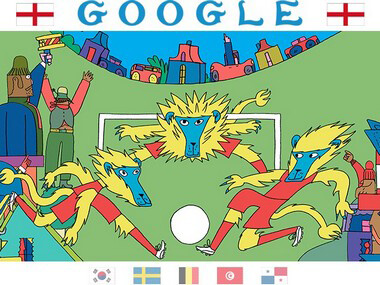 Google also promised that the fans would be seeing art representing all 32 teams of tournament throughout the world cup. Moreover, the tech-giant isn't just only painting its doodle into the FIFA colors but also sharing the different cultures. Every art represents a nation and shows how football looks in their respective country. The talented artists uses Google doodle to paint the football world cup by blending every nation’s culture. At the bottom of every FIFA doodle, you will also find the national flags of countries playing matches on that particular date.

On June 14, the opening day of the World Cup 2018, the search engine shared the first doodle mentioned below. The company posted the doodle showing the inauguration of the FIFA  world cup 2018 by incorporating all 32 participating countries in it. 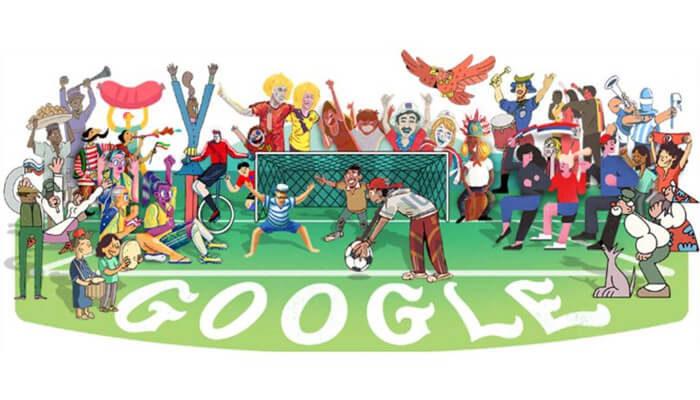 According to Google, it was successful in finding the talented artists from these 32 countries and asked them to design the doodles. All the artist from these 32 countries made illustrations on “What soccer looks like in my country” and then submitted to Google. Now, these images will be rotating on the search engine home page as doodle throughput the world cup. Google frequently uses its doodle to represent any significant event or date for its users.

32 countries are participating in the FIFIA world cup 2018 and fighting for the world championship title of 2018. Total 67 matches will be played during the tournament between June 14 to July 15. The final match is scheduled for July 15, Sunday at Luzhniki Stadium in Moscow. In case you are struggling to get updated with matches and world cup news you can check out these FIFA World Cup 2017 apps to catch live scores and much more.

NEXT Uber Bookings no Longer Available on Google Maps

In this digitalized world, anything is possible. Hackers have found a way to exploit high-profile verified account on Instagram. The Facebook-owned photo-sharing app admitted that hackers are using bug software to access the account of verified users on Instagram.Instagram did not give any infor

Amazon finally brings the voice control for Alexa on iOS devices. The company has updated Alexa app for iOS devices that will allow the users to give voice commands. With the help of new feature, the iOS users can control the smart home appliances and will be able to directly ask questions to Alexa.