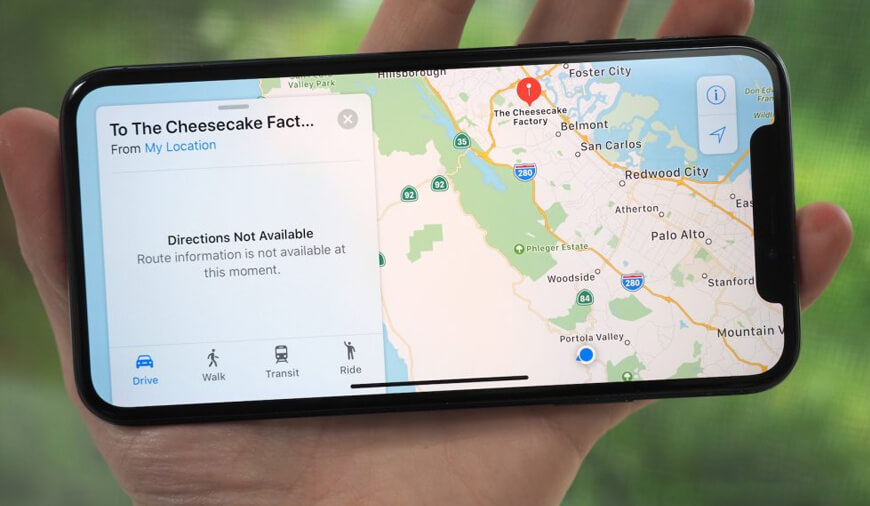 Today, many of the iPhone users were left in disdain, as Apple Maps stopped working for a few hours today. If one tried to use Apple Maps, it was taking time to load results for about 30 seconds before timing out, and showing “No Results Found.” The map tiles appeared to be load normally, but points of interest and other functions were not working.

Initially, Apple’s system status page didn’t reflect that services were down, but later Apple confirmed on its support site that Apple Maps is having significant issues. The problem hit users across all platforms, including Apple Watch and CarPlay where alternative maps services are currently not supported.

People took to Twitter to unleash their disappointment over the issue. Also, users across Apple Support forums found it impossible to search for locations or get directions.

Hey @AppleSupport how about some indication of when #apple #maps is going to come back. I had to download Google Maps. The one time in a month that I need the service and its down? Please search "apple maps" on Twitter for confirmation of the problem.

However, the service was restored later on, and according to the last update, Apple maps are working absolutely fine now. If you still find any difficulty in navigating to any place, I have come up with a couple of other options that will assist you while your Apple Map doesn’t work.

Google Maps are one of the widely used apps for navigation, and you know what to expect from such an app. The app offers detailed maps, driving, biking, and walking directions, satellite, tradition map offerings, and much more. Other than this, the app has voice-guided turn-by-turn navigation, which is just remarkable. You can also switch between routes if you wish to find a quicker or alternate way.

Waze initially launched as a navigational app and was later acquired by Google. The app works on the concept of crowdsourcing maps. This makes everyone on Waze works together, inputting information about roads, streets, and the best way to get to popular destinations. Like this, the app gets more of a human touch than other apps.

Navigon is a dedicated navigational app for iPhone and is packed with a lot of features to make the user experience more productive. The app is more focused upon United States navigation. The features of this app include day and night modes, 2D and 3D maps, route planning, intelligent address searching, and real road sign graphics.

This app is not like you regular navigational app. Scout is kind of app that can be utilized for social gatherings and friends than for professional navigation options. Apart from standard navigation, the app has a chat function, an event creator by which you can ask people to meet at a particular place, and collective driving instructions so that everyone remains in the loop. The app keeps you updated with live traffic also.

These app options can’t entrely replace the Apple maps, but for the tme being, you can make use of them. However, Google Map is already used by many of the Apple users, and you can directly download it from App Store.

PREVIOUS Snapchat Rolls Out Snap Kit For Its Users'

NEXT Top iOS 12 Features That You Should Know