Guide To Secure Android Phone From Every Possible Risk

Don't be a sitting duck. Secure your smartphone with these savvy tips. 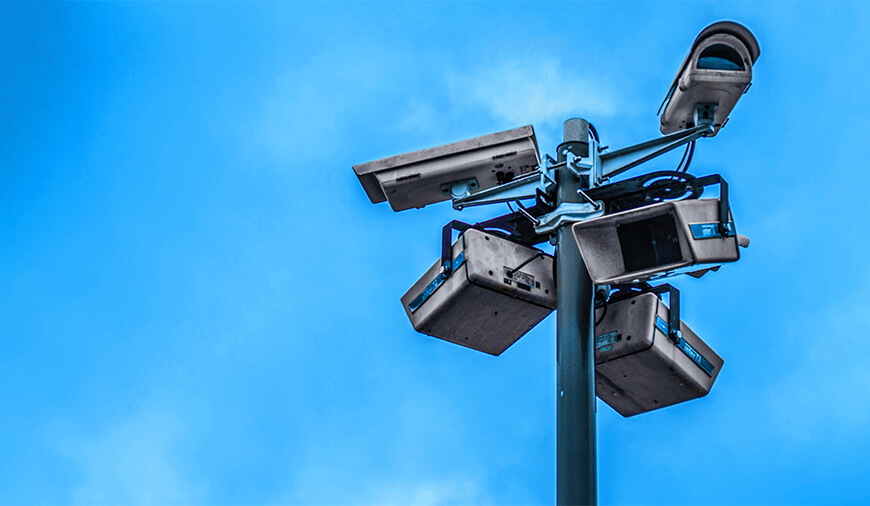 In the wake of ever-increasing cyber attacks and data breach, the need for securing the devices is at its peak. Whether it is your smartphone or laptop, it can vanish in a flick of a second. But as we are more into our smartphones rather than any other device, I am going to pin down some very crucial and fundamental measures that will secure you from the wrath of hackers.

If we look into smartphone’s market, Android is the unrivaled head. According to a report by Statista, the first quarter of 2018, 85.9 percent of all smartphones sold to end users were phones with the Android operating system.

The data represented below depicts the global market share held by the leading smartphone operating systems, in terms of sales to end users, from 2009 to 2018. 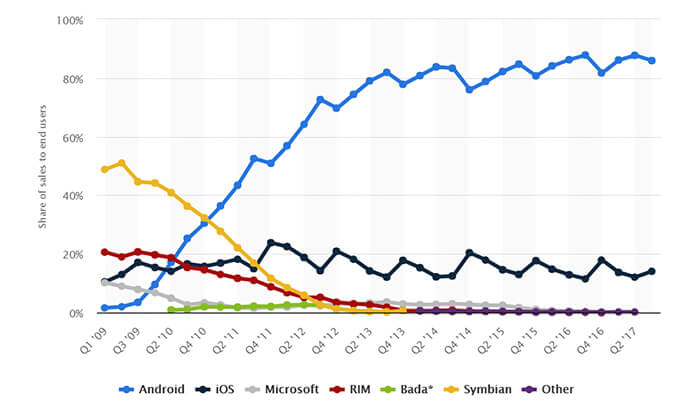 Though you can’t stop the hacking or phishing attempts on your smartphone, still, you can make the data difficult to obtain and difficult to decipher if someone does get ahold of it. Then there are third-party companies that promise to deliver the utmost security to your data and devices, but in the end, nothing is 100 percent shielded. The buck stops at you.

With some smart steps, you can keep the maximum threats at bay. If you are one with an Android device, don’t hold yourself back and kick-in with standard practices that will let you secure your smartphone in a better way.

Thankfully, Android offers various options and methods that can help you to secure your device. A few of them are as follows. Let’s get rolling.

1. Be Wise While Picking Your Smartphone Vendor

At present, there are many smartphone manufacturers, and more are piling up. Most of these manufacturers thrive on operating systems like Android. But iOS has its own sheen, as Apple firmly keeps a tab on its all devices.

Whenever there is some bug or issues, companies release fixes and patches to correct that bug. But sadly, not all smartphone manufacturers are swift enough to implement those fixes in time. Some take even months to test and deploy the patches. Then the complications come in the form of multiple handsets of a single manufacturer.

Let’s take Samsung; it has more than 100 active devices all over the world. If some issues crop up in a particular version of the operating system, then Samsung is supposed to test the new fixes in all of its devices, and it does take time. 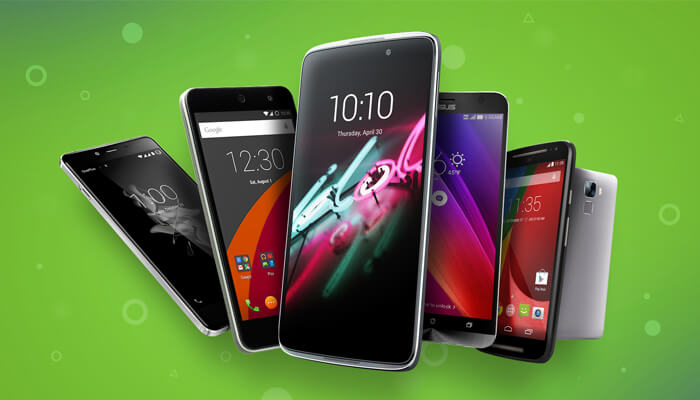 According to a report by Android Authority, the following is the order of smartphone companies from best to worse who in implementing new updates:

2. Make The Most of Two-Factor Authentication

The two-factor authentication (2FA) is added security for your Google Account. It is a way that requires you to present two different things from two different sources to prove your authenticity.

Once enabled, nobody will be able to access your e-mails in Gmail, your secured bookmarks or internet history, even if they know your password. 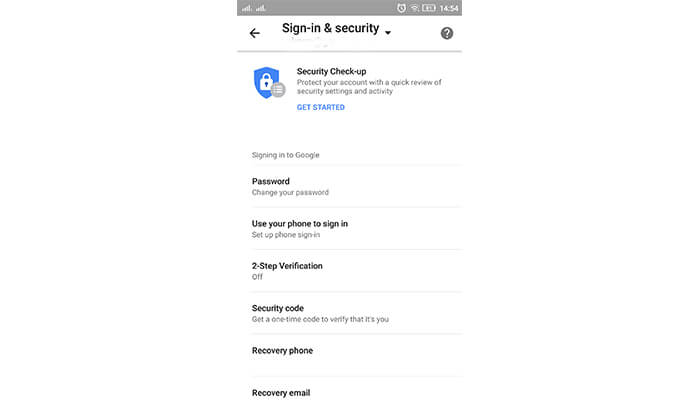 Once you are done, from next time, you will be required to enter your password and six-digit code sent by Google.

VPN stands for Virtual Private Network. This service advances a private network across the public network and lets the user send and receive data over that. When you are out for work, you tend to use public networks, so it’s always recommended to use some reputed VPN service. 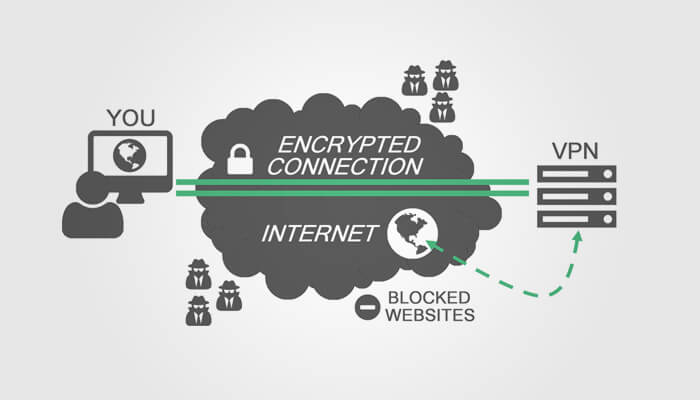 One of the best bets in the list of Anonymous VPN services is PureVPN. It will keep your Android device safe from every threat and will encrypt your data to secure it from prying eyes. PureVPN further offers to replace your IP with an anonymous IP from their server that will make you invisible to the hackers.

You can also secure your Android device by setting a screen lock. Each time you turn on your device or wake up the screen, you’ll be asked to unlock your device, usually with a PIN, pattern, or password. Some top-end phones are packed with fingerprint lock that offers better protection. 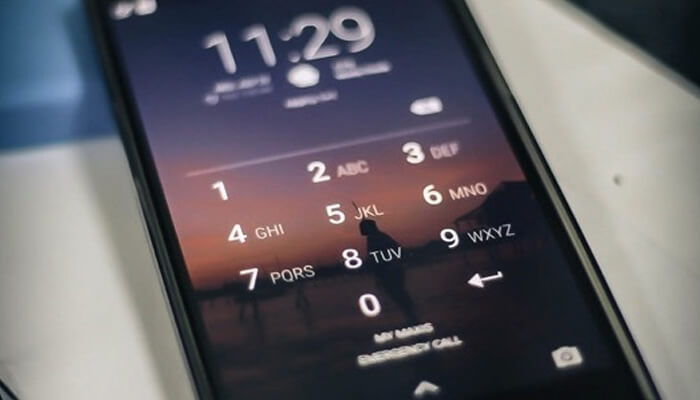 Set or Change a Screen Lock

The third-party apps are the primary source of hackers to infuse bugs and malware into the devices. Once installed with an app, the hacker can wipe out all your personal information along with your data in some remote server, and you will be just a spectator.

Therefore, it’s always endorsed to download an app from some reliable source. In the case of Android, you have the Google Play Store to satisfy your cravings. 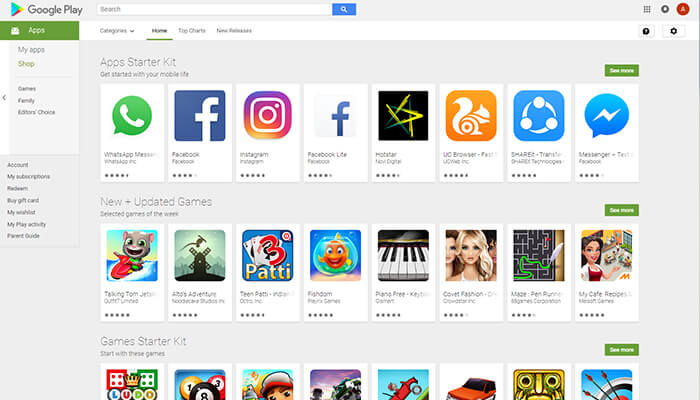 But you need to be careful with Google Play Store apps also. Sometimes, bogus apps make it into the store, and the app will try to trick you into something fishy. For such an issue, Google has another service named “Google Play Protect.” It will scan your Android device for malware when you install programs.

Securing the Android device is not that difficult until you tread on some perilous path. Safety and security remain to be the top priority for any smartphone user. Hence, pull up your socks and follow these basic measures to secure your device from any vulnerability.

How Does Malware Impact Your Computer's Performance?

A few years ago, the Internet was considered a haven where one would browse without the fear of any inconvenience or attack. However, things have since changed, and now, being online is no longer safe, all because of the introduction of malware.This malicious software keeps on reinventing itself

Location Tracking- Does sharing Locations Enhance your App Experience or Puts you at Risk?

Owning a smartphone does bring the universe in your hand but have you ever asked, “Am I safe?” I’m sure you must’ve asked but did you mentally answer “Yes”? It’s difficult with the increasing cybercrimes, including data theft that users are unable t

The Impact of Technology On The Translation Industry

A Quick Comparison of The Latest Flagship iPhones From Apple

It marked Apple’s 10th-anniversary last week and that gave me a perfect reason to dedicate a post to this Cupertino-based technological giant to count the contribution it has been doing to humankind since decades. Apple’s iconic smartphones have surely evolved over the past few years. Cu