One of the initial missions in the game is to bring the first animal, a tiger, to the zoo. 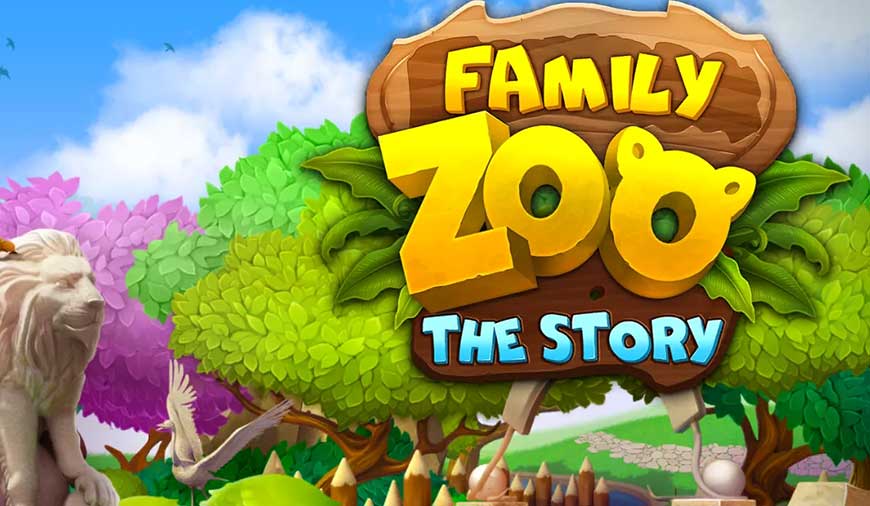 When it comes to new games, those which reflect an aspect of real-life are often the most fun to play. We had The Sims on PC that allowed us to send Simians off on life paths we created for them.

We had Farmville on Facebook which taught us the value of advance planning when it came to growing crops – and having a lot of friends to trade with.

We had Animal Crossing and Harvest Moon which replicated what life would be like in a rural village of animals. And now we have Family Zoo: The Story, which lets us imagine what it would be like to run a zoo.

The premise behind Family Zoo: The Story is that the town’s zoo has been run into disrepair and it's your mission to turn it back into the jewel in the town’s crown. Through choosing decorations, animals, rides, coffee shops, and more, you complete quests to gain rewards and advance the story.

The goal is to create the greatest zoo, with the highest revenue, while marred by many issues that come with running a zoo. The game plans to be ever-changing to keep adding animals to the roster for the three areas that need to be unlocked: administration, Safari Danger Zone, and Safari Safe Zone.

The characters of the game are also innovative and uplifting. Players see the zoo through the owner, ambitious businesswoman Charlotte. She is a huge animal lover and determined to make the zoo succeed.

Jack and Jerry are on hand to help. Jack – of Jack of all Trades – is a repairman who will drop everything for the zoo, while Jerry is Charlotte’s neighbor, who always has sound advice for your budding zookeeper. One of the initial missions in the game is to bring the first animal, a tiger, to the zoo. Developing the living quarters for the tiger and bringing in a family is part of the storyline as you progress through the levels. 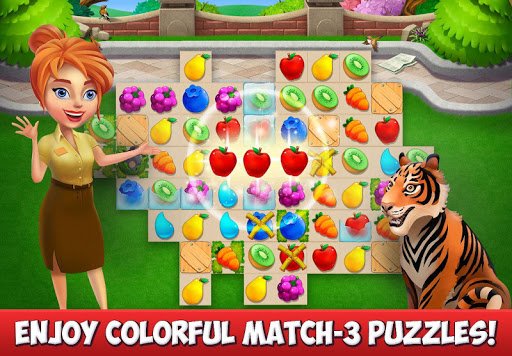 The game features match-three gameplay and plenty of power-ups to help you out of tougher spots in the engrossing matching game. The power-ups help you progress through levels and collect more coins in order to make your zoo even better.

Inspired by games such as The Simpsons: Tapped Out, Rollercoaster Tycoon, and Theme Hospital, the game gives players some personal responsibility and has the kind of engaging gameplay that brings players back daily. The zoo setting is simple but grows more challenging as you progress through the levels.

Some of the strongest gaming concepts are those that involve aspects of real life, that most people would choose not to do or would be unable to do. Experiencing the pleasantries of running a zoo, without having to actually run one, is tantamount to how video games can act as escapes and relaxing ways to spend time.

The portability of the app supersedes some of the other games in the genre and means any spare moments spent out and about can be used to ensure the Family Zoo is being run well.

PREVIOUS How Much Does it Cost to Make an App in 2021: A Complete Guide On Pricing

NEXT Step-By-Step Guide: Turn Your Idea Into A Mobile App In 2021

Apple Is Abolishing The Popular Apps In Iran

Apple is removing the apps from the Appstore in Iran and the company is giving the U.S. sanctions as the reason to the developers of the action.Actually, Apple has been eliminating the popular apps in Iran after the U.S. sanction and a popular ride-hailing app, Snapp was pulled off from the App