YouTube TV Gets The 'Voice Remote' Feature For Some Users

Now you can guide your YouTube TV by your voice. 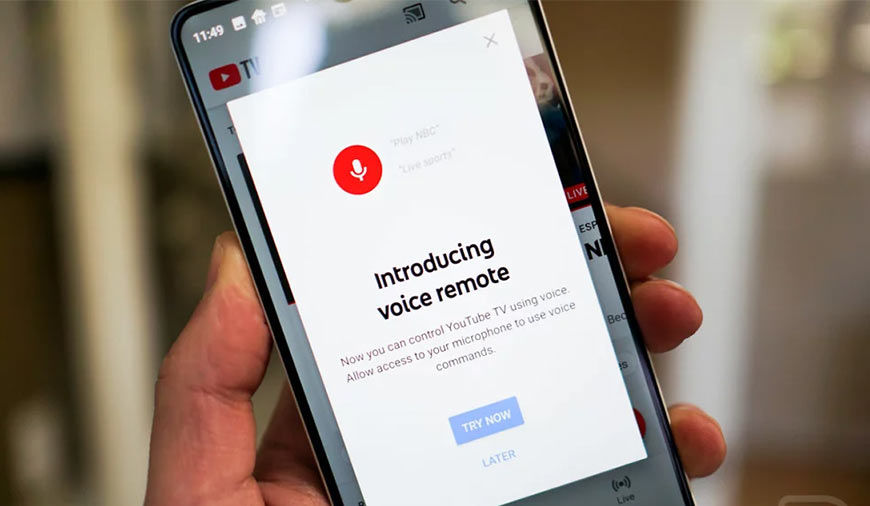 Google has rolled out a "Voice Remote" feature for the YouTube TV app. That sounds interesting. But sadly, the new feature popped up for only some users and is not available for everyone. Voice Remote does not require an app update. As the name of the new feature suggests, a remote that can be controlled by your voice and Voice Remote stands true to it.

The new offering is combined efforts of YouTube TV and Google Home, as they were working together since last October to offer voice control over your live TV. And finally, the voice-powered remote feature is made available in the mobile app. 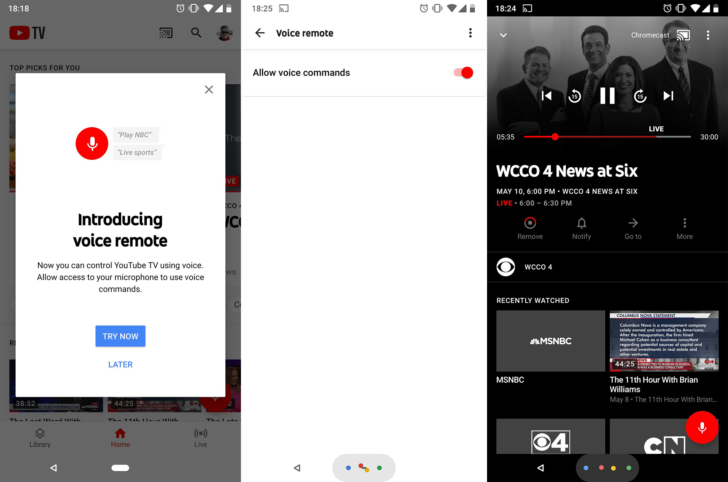 How to use the Voice Remote in YouTube TV:

This Google feature was first spotted by Android Police. It can be located in the app itself and can be guided through commands like “Play NGC” or “Open the menu.” Basically, it can be used to play particular shows, switch to a different channel, pause/play, and fast forward or rewind content. Moreover, one can also control the volume simply by their voice.

Interestingly, a few months back, a ‘voice remote support page’ emerged in the app. Though the feature never brought up, it was quite evident that it will show up sooner or later and here are the dry runs for the same. According to some reports, the feature will only accessible for those with month subscription for a YouTube TV streaming by shelling out $40.

As of now, the feature is not available on Rokus, Android TVs or other YouTube TV-equipped screens. Google may bring some goodies for them after the initial release.

In yet another significant move, Google has come up with “take a break” feature that will keep an eye on the amount they spend online. It let the user strike a balance between life and tech by reminding the user to take a break at regular intervals. The time period can be set by the user from never to get reminded to 180 minutes. If the limit gets exceeded, the user will be reminded of it immediately. The much-needed feature from Google will come accustomed to Android P.

NEXT Google One Is Pampering Users With New Cloud Storage Plans

How A.I. Will Change Your World in 2020 for Better or Worse

WhatsApp is rolling out a new feature to its messaging app, thanks to which you can now talk to all your friends at the same time. The messaging app following the footsteps of its owner- Facebook will have a “group call” feature just like in Facebook messenger.  {IRP}Accordi

The PC chipset maker revealed two new highlights intended to enhance the effectiveness of PCs running security programs that identify and cut-down hacking programs. Intel laid out the features toward the beginning of the RSA Conference, one of the biggest yearly cybersecurity events.“Spect