Siri gets itself entangled in the word "Mother." 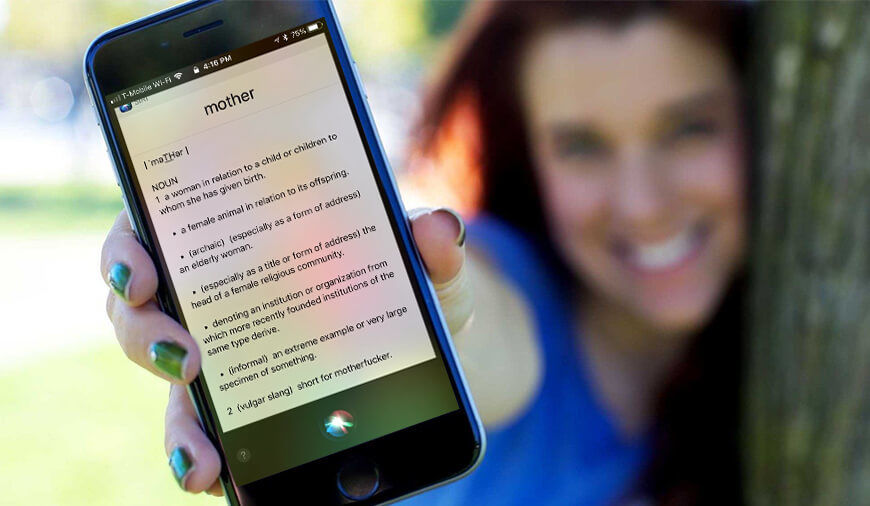 Siri is a well-known virtual assistant part of Apple Inc. One can communicate with it through voice commands and this amazing tech is now almost six years old. With each passing year, we expect Siri to get better and smartly understand the commands. However, in one of the recent instance, Siri responded vulgarly when it was asked to define mother.

The first response by Siri was fairly normal and sounded, “As a noun, it means a woman in relation to a child or children to whom she has given birth.” After that, Siri will ask you, if you are interested in listing the second response. Till then, everything sounds fine, but the second response is not the one you would expect. It reads, “As a noun, it means short for mother****er.”

The glitch is expected because of the listing of slang definition in the Oxford Dictionary for the word “Mother.”

The error was first figured out by users in Reddit's r/Apple subreddit and the similar results were found on various other devices of Apple including iPhone 5S and all the above devices up to iPhone X, even iPads. The Australian Siri also encountered the same issue.

This is not the first time that Siri has been in news for uttering something inappropriate. In 2015, Siri’s version of word “Bitch” was quite offensive. Similar to this occasion, the definition of the bitch was a female dog wolf, fox or otter, but on the second pretext, Siri defined it as “a spiteful or unpleasant woman.” On learning about it later, Apple jumped into action and got it corrected. And this time also, we expect Apple to come forward and clear the air and get this fixed ASAP. 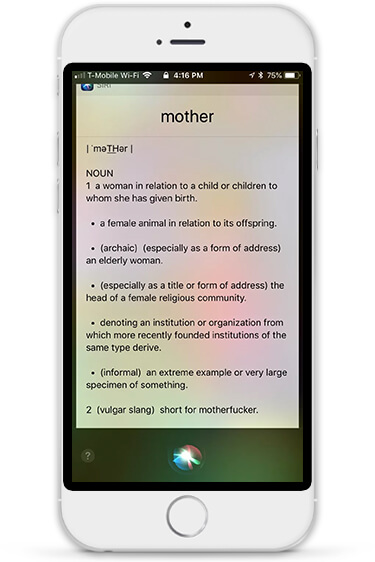 A similar bug surfaced in the Amazon’s Alexa voice-recognition program that involved Echo devices to abruptly make a laughing sound. According to the company’s statement, the output was due to an error in device voice recognition system that mistook some phrases for laugh.

NEXT Facebook's Internet.org Is Now Behind Connecting 100M People To The Internet

The e-commerce shopping is already at its peak, and still, there is a lot to come. To tap on such an opportunity, Instagram has started working on a new standalone app that will let the users shop from that app directly.As per the report, Instagram may name the standalone app as IG Shopping. Eng