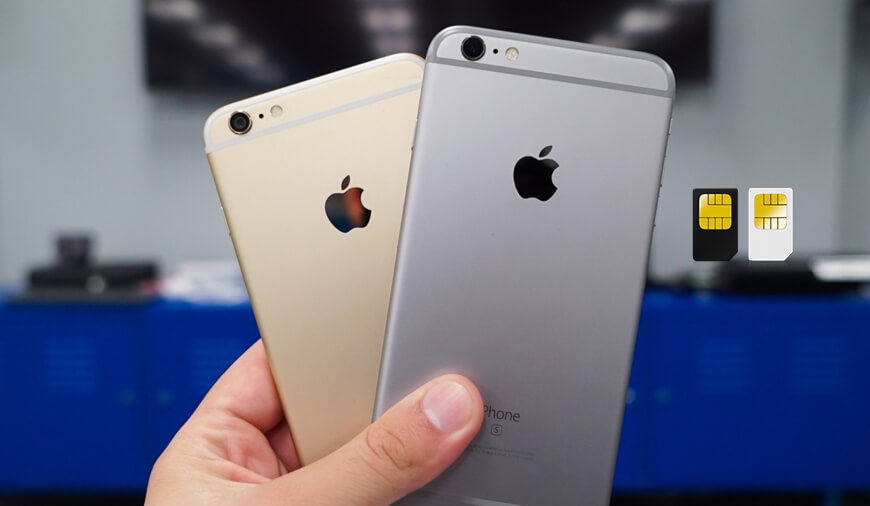 Apple may be going to break a long time iPhone tradition in 2018 by launching a dual SIM variant. The well known KGI Securities analyst, Ming-Chi Kuo, who is popular for making the right predictions over Apple Products is back with another report. According to Kuo, the tech giant has finally decided to launch its first ever dual SIM iPhone this year.

Kuo has already revealed that Apple will be launching three new iPhone models in 2018. The report shared by the analyst back in January stated that there will be 5.8 inches and 6.8 inch OLED screen iPhone variant along with an in-budget 6.1 inch LCD panel as an iPhone SE replacement. With his latest revelations, Kuo suggested that Apple may be introducing an affordable dual SIM iPhone variant with these upcoming models. He believes that there will be an LCD iPhone with dual physical SIM card slots with no eSIM support.

In addition, the tech giant is also planning to introduce another variant of the LCD iPhone with a single SIM slot. This variant will be available to the consumers at cost between $550 to $650. Considering the price of the single SIM model the dual SIM iPhone will go a bit high and will land somewhere between $560 to $750. Along with this the rumors further says that the company may be also launching a dual SIM variant under its 6.5 inch OLED panel phone. This OLED device will be the high-end models among the Apple’s next-generation iPhone series. However, Kuo made clear that the upcoming 5.8 inch OLED panel model which is also expected to be the iPhone X’s successor won't be getting dual-SIM functionality.

Reportedly the mass production of 6.1 inch OLED phones has been disturbed by the last time addition of the dual-SIM support. Apple now has shifted the production schedule which may begin in the First week of May. Apple most probably will launch all these new generation iPhones at its 2018 WWDC which is scheduled for June 4-8. Till then we will be updating you with all the latest updates on upcoming iPhones and their rumors.

PREVIOUS A Robot Does The IKEA Chair For You: Beyond The Benchmark