A Robot Does The IKEA Chair For You: Beyond The Benchmark 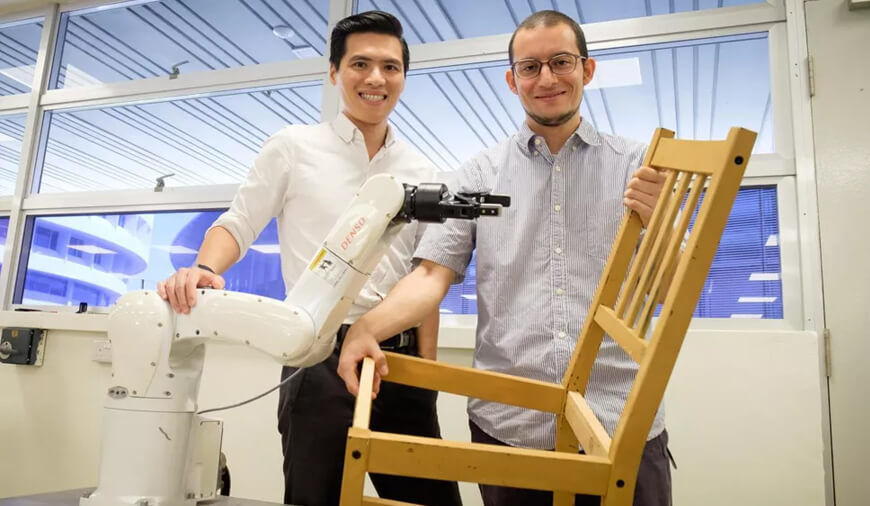 Well, it’s one step closer to the singularity and humanity has trumped again making a bot assemble an IKEA chair for you. Surprising, isn’t it? Machines were destined to go beyond the human imagination and a robot’s multitasking in assembling a chair is a well-illustrated example of it. They are the Singapore scientists who have made the imagination altered into the reality by building the impressive robot.

The team of scientists at Singapore's Nanyang Technological University is behind the robot that is built to assemble a chair from the Swedish brand name IKEA as per the statement circulated by the university on the research paper. Giving more information on the same the spokesperson from the Swedish-founded Dutch-based multinational IKEA said it takes around 20 minutes for the robot to assemble the chair. That’s is, of course, a considerable time duration but considering the fact that it takes your chair assembling pain away takes the discovery beyond the benchmark.

It is a significant step ahead towards the robotics considering the fact that the demo was not staged with much of the preparations accompanied by a three-years of hard labor to assemble the robot. Besides the pre-set algorithms for the robot to work on chair assembling, the machine comprises two arms and a 3D camera equipment to help it read the furniture parts presented to the robot. As per the algo developed by Nanyang Technological University scientists, the robot first executes the plan and then works to assemble the chair.

The NTU team has made use of a little AI or artificial intelligence to let the bot assemble the chair; however, it lacks the overall expertise of assembling any other furniture that you would want it to. The team of scientists is working to incorporate more AI into the system so that it could work right as per the command served by its master.

"We have achieved the low-level capability to teach the robot 'how to do it' and then in the next five to 10 years, high-level reasoning -- the 'what to do' -- could be done too," team member Quang-Cuong Pham quoted in an interview.

Google finally started rolling out Chrome 66 for Windows, Mac, and Linux, the update is available for the users starting from today. After months of work on Chrome 66, the search giant has released the new version of the web browser with new features. The latest Chrome version includes the media aut