The feature need to manually enabled from Chrome flags 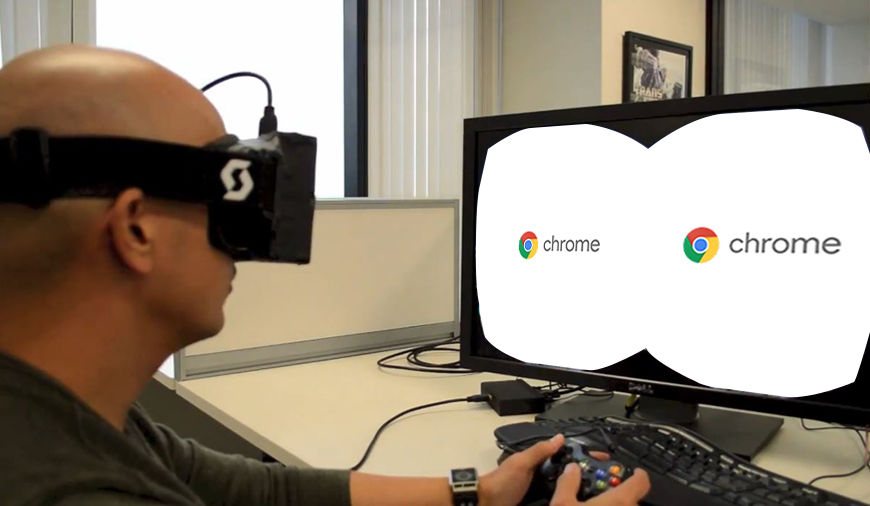 Google Chrome now supports the VR content on websites for Oculus Rifts headset. The update comes in the Chrome 66 version that Google pushed a couple of days back. However, the change was hidden beneath the codes until one Reddit user spotted it and shared over the internet. Now, the Chrome browser can give you web-based VR experience using the Oculus Rift.

Facebook’s virtual reality headset got the Chrome support after Google released the 66.0.3359.117 version of the web browser. In order to see the’ Oculus Rift support’ listing, you need to load up the chrome flags by typing “ chrome://flags” in the URL bar. The headset support setting is manual, so it won't be enabled by default, you need to turn it on or off. Once you enabled the support, Google Chrome will detect the VR headset to deliver you the VR content from the web.

The update really works, confirmed by another Reddit users who said that the Google Mars demo gives only a 360 view when the option is disabled. But, once you enable the feature from the flags the browser will connect your headset to the virtual view of the demo. In order to provide the VR experience on the web, Google offers demo under the WebVR. The software is an application program built on javascript to integrate the virtual reality content in the web browsers. Whenever a user visits the WebVR, the program automatically detects the attached VR headset and determines its abilities with the required orientation. Once the detection is done the program renders the VR images based on the PC’s graphics chip and other hardware compatibilities.

However, this is not the first time Google added support for VR on Chrome, with its Chrome 61 the company added the Daydream support in September. With this integration the browser allows the users to view the websites in virtual reality and follow links between the different pages. Google Chrome also automatically switches to 3D content from 2D if the websites support the WebVR.

NEXT A Robot Does The IKEA Chair For You: Beyond The Benchmark