You better prepare yourself for more meteorites from the Fortinite's Sky 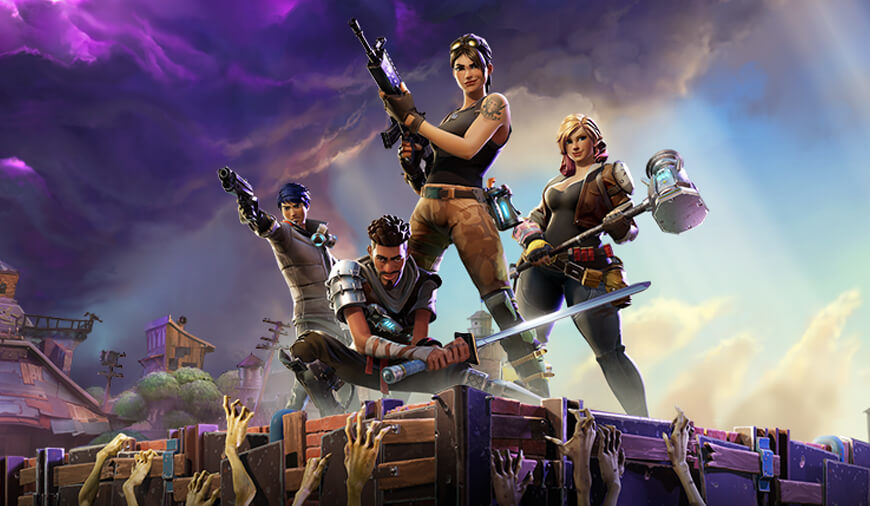 Fortnite, the popular co-op survival game will be getting its another update today. Epic Games, the company behind the game announced that the v3.5 of Fortnite will go live on Friday. This means the game lovers will be getting new content, features and some changes in the game.

Fortnite was launched back in July 2017, the game is an action package for the gaming worms. In the game, the players live on the contemporary earth which has been damaged by deadly storms that wiped out the 98 percent of the population. They remain people had to fight for their survival against nature and Zombie Like creatures. Fortnite hosts up to 4 players to make efforts for their survival. There are a number of weapons and traps that payers need to set up for fighting against the huge enemy waves.

The update will be releasing today at 4 AM ET/7AM PT, however, there will be no patches for the release earlier the launch. Epic games now don't push the patches prior to the updates. The game creators said that the patches will be available once the downtime begins. As the game is being updated, the game with the new version will definitely push the server offline for some time, but there is no information for the low long the downtime will be there.

Patch Notes will be available once downtime begins.

The update is about to bring the big surprises for Fortnite players to make things more challenging and interesting. According to the reports, there is something about the meteors that recently the payers have witnessed in the sky. Some believe that the meteors will destroy the Tilted Towers, however, there is no certain information on that. The Fortnite's in-game new section states that the 50v50 mode will be coming soon with a light machine gun comprising a faster rate of fire. Maybe both these options will join the Fortnite game today after the update. Along with this, there could be some updated maps for different locations that players have never visited.

There are a number of speculations have been made over the Tilted Towers future in the new update. One player with name ChlorophyteFTW wrote his theory on Fortnite forums. According to him the location of the Tilted Towers in the map is not suitable. The Towers are located at the center of the map and allures more players than other places like Haunted Hills and Greasy Groove. So, the destruction of the towers will likely to be a good move for the game.