We should give Mozilla a second chance considering the recent updates

It's been almost over a decade Mozilla Firefox started competing against the Google Chrome as the web browser. However I personally never preferred the Firefox over Chrome and never even thought of using it till now. The increasing data privacy concerns and breaching of the third parties to our information require us to change our mindset. This doesn't mean that Google Chrome isn't good anymore but the with new tracking protection update for iOS Firefox deserves a fresh chance.

Last week, Firefox updated its iOS app with the tracking protection feature that will be turned on by default. This means after updating the app whenever a user access the browser, tracking protection will be automatically enabled. With the upgrade, the websites will no longer be able to track the user's activity or histories any time. The option will work on both the modes, the Regular browsing or the Private browsing mode. 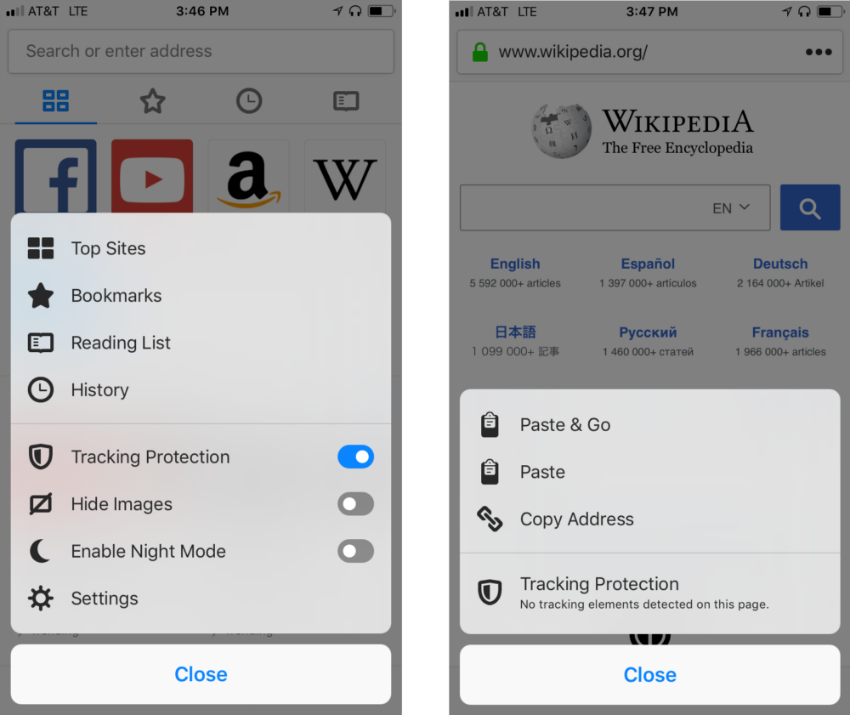 However, the tracking protection was previously available for the users but they had to turn it on when needed. Considering the recent data concerns and potential danger to the users’ privacy the company had updated the firefox with default protection. The Private mode browsing option serves even more efficiently it blocks the automatic ad and content for the users with the no history of the websites visited.

Recent incidents including the Facebook data scandal and unauthorized access to Android apps to the users’ information spiking the privacy concerns more. Google chrome also offer the protection against tracking actions, however, it didn't seem to be that effective. For now, the iOS users can assure their data security while browsing the internet via Mozilla Firefox. “At Mozilla, we’ve always believed it’s important to respect people’s’ privacy and give them the control to decide which information they want to share, and what information they don’t. Now more than ever consumers are demanding this from the companies with whom they share their data”, Mozilla noted on its blog.

So, it is a smart move and the users should also take security measure for their data safety as Facebook taught us we can’t blindly trust anyone. The updated iOS Mozilla Firefox is available in the App Store for the iOS users to download.

Google has just added small update to its Auto Android app for the users who like to be connected to their phone even while driving. Now, the car communication app lets the user to unlock their phone with a single swipe. The ”Swipe to unlock”, update makes it more easier for the users to

Google once again shows off its power by introducing an AI equipped musical instrument. Google has built Synthesizer that is able to produce music notes by itself with the help of Artificial Intelligence. However, the company did not intend to put the new innovation sale.Yes, you won't be ab