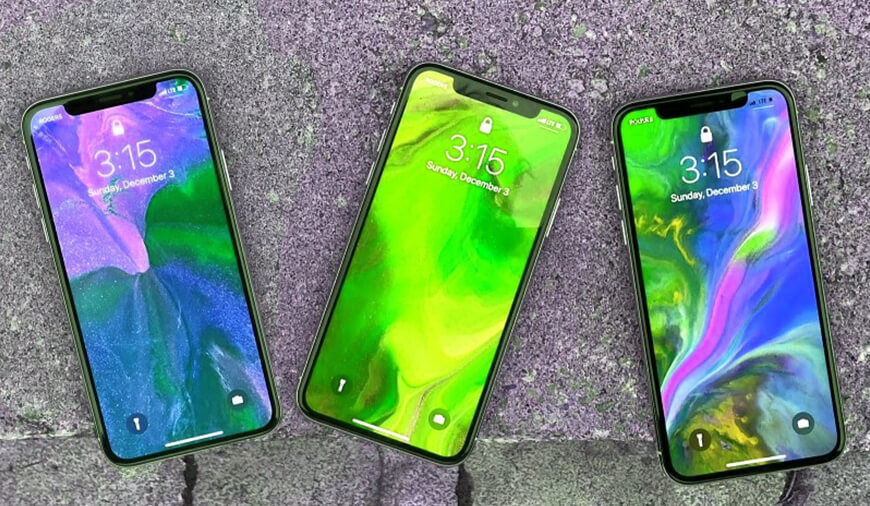 Apple seems to permanently stuck with minor iOS 11 bugs, but this time it is unexpected. You must have seen the latest advertisement from Apple flaunting the iPhone X's Face ID feature. Along with the face recognizing unlocking feature the ad also displays a little bug in the iOS 11. The text from the iMessage was spotted a little out from the animated notification bubble in the advertisement.

You may have missed it, don't worry we also missed the bug as it happened very quickly and all we were noticing was the Face ID feature. The flaw was very small to be noticed but being aired on the advertisement by the company like Apple comes with a little shock. However, this is not the first time that iOS 11 has been spotted with minor bugs. Apple has been facing these issues since the launch of the latest iOS version. This includes showing misaligned text in the App Store, few UI problems in the music app and screen rotation issues.

The bug was first spotted by Benjamin Mayo, a writer for 9to5Mac, he also filed a reported the bug to Apple months ago. He said that he was shocked after watching the add and noticing that bug was still there in the commercial.

Compare to other iOS bugs that were causing bigger issues to these flaws are very minor and Apple can fix them anytime. The iOS 11 was continuously showing bugs that made Apple push its updates even earlier than expected. The iPhone maker released iOS 11.2.5, which was accused of draining the iPhone’s battery by the users. Afterward, the company made available the iOS 11.3 to improve the battery health and giving users authority to undo the iPhone’s performance throttle.

For the instance, Apple is focusing to improve the stability an improved performance bugs in iOS 12 which it may officially announce at WWDC 2018. In addition, the tech giant has put some of its major iOS updates on hold and working to fix software bugs in the operating system.

NEXT #DeleteFacebook: Insights On The Reason Behind The Trend