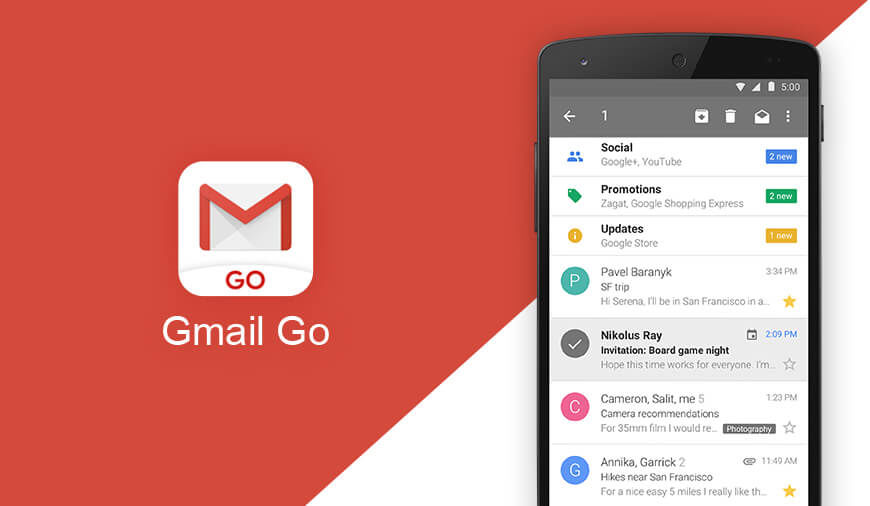 Gmail Go is Google’s latest addition to the series of “Go” apps for Android. As known prominently, these applications have similar functionalities as their original counterparts but include a slimmed down version if compared to the latter. It seems Google is penetrating every possible market and the user-base it can.

With its latest go app series for Android, the giant is focusing on the users who love smartphones with basic functionalities having low-end processors. Google’s Go apps take up little space on devices along with providing basic functionality without compromising on other features.

With Gmail Go, the users can still have the support for multiple accounts. Just like the basic application, it also filters the social and promotional emails along with prioritizing the emails from important contacts.

The basic functionalities are also the same, including mail receiving notification, reading and responding in online and offline mode and offering access to 15GB free storage space. With Gmail Go, the images will not load automatically and thus it will consume less RAM & ROM along with using very less data if compared with the standard email formats.

Google has not made any official announcements regarding the launch of Gmail Go but we have spotted the availability of the app on the Google Play Store. The app’s features seem exciting for those who just need a lighter version of standard mailing app to just compose and receive emails in their inboxes.

As per the information from our trusted sources, on why Google didn’t announce the launch of the application we got to know that the app will not remain available for all the users alike. It will only be made available to install from Play Store (for updated purposes) for the users having Gmail Go pre-installed on their Android phones. 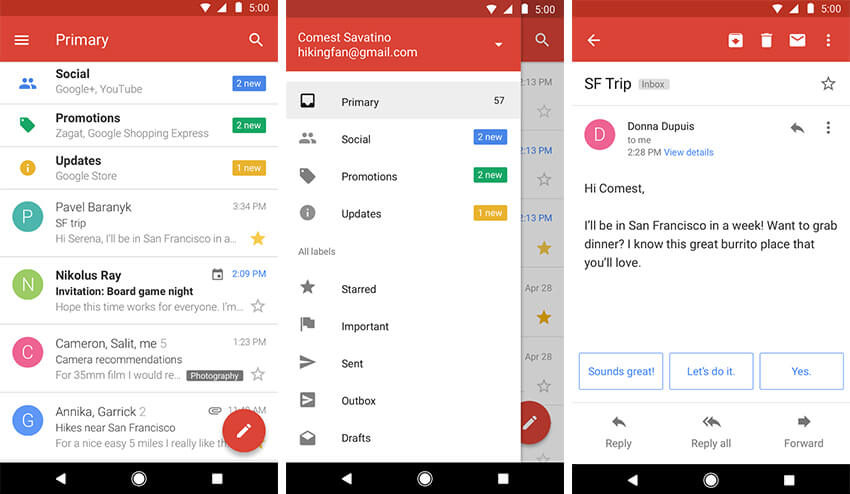 The sleek features of Gmail Go make it ideal for low-end smartphones. However, there is a number of features that differentiate it from the standard version.

While this go-branded app is an appreciable attempt from the Google, early adopters have noticed a few glitches in the application. The scrolling on the app is more of an uneven experience for the users, which may hinder the popularity of the application in the future.

Some users have reported that the lighter version of Gmail application syncs fewer days emails and attachment just to use less bandwidth. However, this is not always the case with go-branded application for Android. The go version of Youtube has a number of exceptional features that distinguish it from the original counterpart. Moreover, one thing is clear that Google is very much focused on growing the list of its go-edition apps.

NEXT Significant Design Changes in iPhones Reveals A New Leak