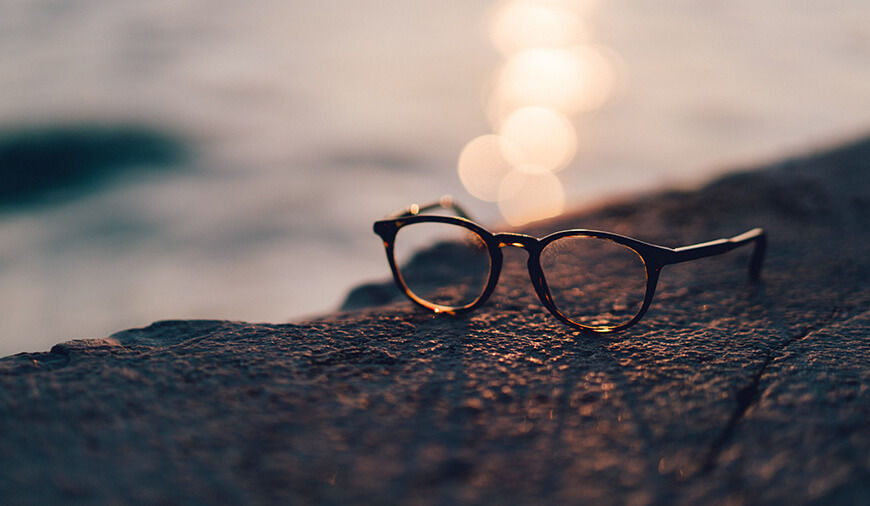 The Augmented Reality has truly changed the way of interaction between the humans and the technology. Whether it is iOS 11 with amazing AR apps or the new games on the PlayStation with the experience of the Virtual world, we are entering into a new tech era. In order to speed up the process and take it one step further, Google launched smart Glasses. However, the AR equipped Google Glasses were not more than a failed attempt to innovate something new. Similarly, the Snap’s Spectacles were another invention joining the Google’s Glasses in the graveyard of failed technology.

Both the inventions were too expensive, easy to steal and most importantly too ugly to wear as glasses. Now, Intel has come up with a new addition to the line, but avoiding the mistakes done by its fellow tech giants. The chip-maker unveiled its own set of smart glasses claiming it to be the smartest to be invented ever. And by quoting “smart”, the company doesn't mean to be too geeky and having more sensors in front of your face. Vaunt, the Intel prepared smart glasses don't have cameras, speakers, microphones, buttons or even LCD screen. So how it could be a smart glass? Wait to reach any conclusion.

The Vaunt’s operating system and the mechanism are confined to a very small area over your ear. The glasses respond to the user’s head nodes and delivers the results. And, of course, these glasses are sensitive about the head moments. This really small electronic set-up makes the glasses to feel feather-like and weighs only 50 grams.

How Does It Works?

Well, now let's dig what Intel has to offer that may finally bring the smart glasses to the markets. In Spite of being light-weighted, the Vaunt does not short on tech, it comprises a processor, accelerometer, Bluetooth and a compass. The interesting thing about the AR gadget is that instead of using the cameras or any screen it uses the lasers to project images. There is a tiny projector in the glass that throws the VCSEL (Vertical-Cavity-Surface-Emitting- Laser) to project the screen in front of your eyes.

So, here's what actually happens - in order to perform its basic function the glasses deliver a monochromatic image to one of your eyes. The little monochrome projector shines an image on a holographic mirror, which puts the image directly to the user’s eyeball. The image will be in front of your eye and you don't need to focus on it, you will feel like it was already down there. Here is the catch, if you are not looking slightly down at the image it will completely disappear without distracting you. Jerry Bautista, the VP, and GM of New Devices Group of Intel explains the technology bit by bit. He said the glasses use the holographic grating to reflect the correct wavelength to the retina and the images are retinal projection. The images you see are the holographic projection sent to your retina that displays the images in front of you. Bautista also mentioned that the images you see via Vaunt are basically painted back to your retina so even you wear any prescription glasses the images will be crystal clear.

After reading about the laser projection, you must be wondering is it safe to use laser emitting glasses. But, don't worry Mark Eastwood, industrial design director, New Device Group, Intel assured us by mentioning that, according to the U.S Food and Drug administration it is safe to stare at these low power lasers.

What Does It offer?

Intel is trying to be very smart and being very cautious about the content Vaunt will display so they don't repeat the mistakes of Google or Snap. So, the glasses will show you the information whenever you actually need them instead of annoying you with all your Twitter mentions. The Vaunt glasses will help you in choosing the best restaurant with the Yelp’s review in front of your eyes just by looking at the places. It will also tell you the estimated time to reach somewhere you are rushing to. Intel is working to provide behavioral AI that will help the glasses to decide what to show and when, said Itai Vonshak, VP products, The New Devices, Intel.

However, the glasses are still a prototype and engineers are working on it to come up with more features. The glasses will be available for iOS and Android and the company will be giving early access to the developer to invent new ideas later this year. Meanwhile, Intel will be developing its own app and AI to fuel its glasses with smarter technology in the future.

Intel has not set a launch date yet and didn't even discloses the price of the Vaunt glasses. However, the company has mentioned that it won't be directly selling the glasses. Intel will more likely join the hands with another firm for marketing and selling of its new AR device.

The best part of the Vaunt is that it looks too simple just like any other regular spectacles. This will definitely help the Vaunt to make a good impact on the market and killing the myth that the smart glasses should look too geeky or cyborg looking.

PREVIOUS How To Build An App From Scratch in 2021: A Complete Guide

NEXT Blockchain: The Ways This Invisible Technology Is Contributing Towards Innovation

How to Make Your Mobile App GDPR Compliant in 2019?

The clients’ security and safety are always the highest priorities at West Coast Trial Lawyers. As you navigate the complexities of the Internet and cybersecurity and always as you traverse the Los Angeles freeways on your way to and from work, this personal injury law firm hopes your journey