There are multiple scenarios to choose as your VR theater 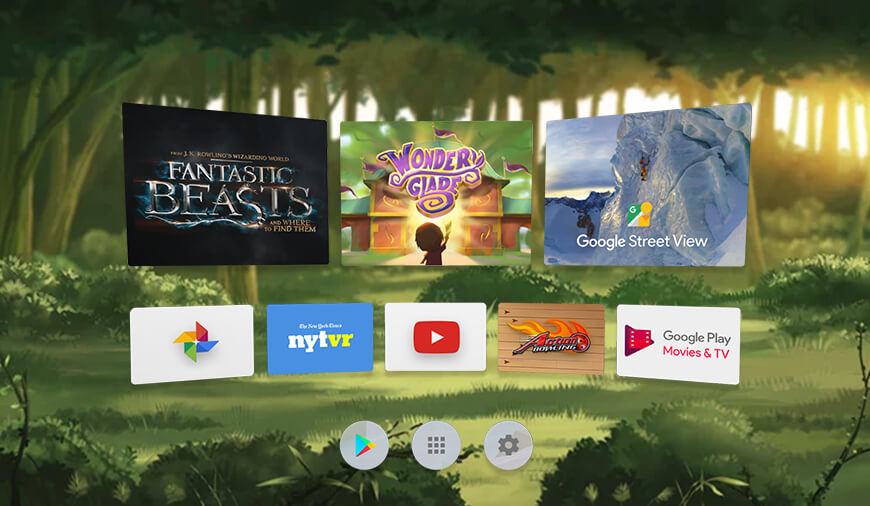 Plex, the client-server media platform known for delivering the media content to its users is now available in VR. The media player has just launched a VR app for the Google’s DayDream headset. The app will enable the users to experience TV shows and movies in Virtual reality via the headset. The app also enables the users to enjoy their favorite shows with the company of their friends.

The new VR app from Plex is the new way for its users to get the entertainment using the DayDream headset. The media platform offers a huge collection of media content to its users to stream their favorite TV shows and movies. Now, with the help of Google’s VR headset the company is bringing the same service in VR.

Once the app is installed the user can operate it via DayDream headset, you will be taken to the virtual living room. You can choose your avatar to feel the additional effects of spilling the drinks and throwing the popcorns similar to the real situation. You will find yourself on the virtual couch having the screen in front of you offering the available media content. Apart from home the scenario, the app also offers other sceneries like drive-in theater and out of this world place. It doesn't  matter which scenario you choose, you will get the full VR experience to enjoy your show or movie. In, addition to this you can also join your friend in the virtual world to watch movies together. The app also allows talking to each other via voice chat. The co-viewing option enabled you to invite up to four friends to join you on the virtual couch.

Plex VR app is another addition to the VR’s growing popularity among the tech enthusiasts. Google and Plex worked together on the app to bring the experience of media streaming to the DayDream headset. Streaming the media content like TV shows and movies to the VR using headset is comparatively a smart move rather than streaming through the smartphones. The headset will directly stream the content from the media server and represent it in the Virtual world without consuming any device storage. The app also allows to resize the screen and offers a 360-degree view in full-screen mode.

The Plex VR app is available for free in the Google’s Play store app or users can also get it directly from the DayDream app store. All the features are free for the users, however co-viewing option comes with a paid Plexpass membership and a 7 day trial period. For now, the Plex VR app is available only on the DayDream headset but the company may consider other platforms in the future.

MobileAppDaily host a team of experienced technical writers, industry wizards, and app experts who have an exact knack of content that caters to the needs of the mobile app targeted audience. We strive to bring you the best of tech!

NEXT Why Bitcoin Payment System Are Better And Profitable?

Uber new CEO, Dara Khosrowshahi may have revealed the 2016 attack on Uber’s database and took care of the matter but the company still needs to look at other issues. Some researchers from Symantec, an American software company have found that malicious malware is targeting Uber users.The a