Why Facebook is doubling down on its Stories feature? 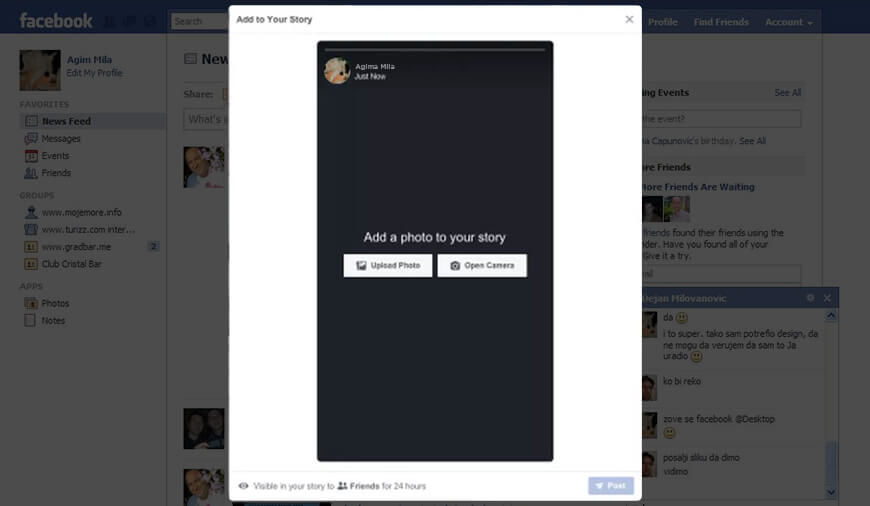 Snapchat stories and its clones on Instagram and Whatsapp may have a user base of 300 million mobile app users, but Facebook isn’t giving up just yet. It’s determined to make the stories feature stick, digging its claws deep into the growing tradition of ephemeral sharing. Once this new feature rolls out, Facebook users will see a “double down” on the story feature. In an interview with reporters, a Facebook spokesperson stated, “We are always working to ensure people can easily navigate and enjoy Facebook, regardless of how they connect.”

Although Facebook has been time and again faced criticism for a slow start for traction, the social networking giant is not bowing out. It's testing a new feature that allows users to create Facebook stories on the desktop. According to Facebook, “We are testing the option to create and share Stories from Facebook on the desktop and are also testing the moving Stories tray from the top right corner to above News Feed, just like on mobile.” Formerly, users could view stories on the web that were solely created on mobile. With this new feature; however, Facebook users will be able to upload photos and videos similar to the way they would for the news feed or even add a video to their story from a webcam.

Besides the everyday Facebook user, the upcoming feature addition will also empower brands, Event promoters, and Group admins, enabling them to market their product/services from the desktop too. One of the highlights of these new facebook stories will be the “Collaborative Stories,” where Group members and Event attendees can collaborate together to enhance their brand presence. Although in the past, Facebook has already faced enough criticism as professional publishers started to overwhelm the News Feed. Considering the social networking giant is revamping its News Feed to resolve user issues, Stories on the desktop are likely to avoid this encroachment.

It's been a while since Facebook has been struggling with swooning users to adopt Stories as they have on Instagram. Ever since Stories were launched last March, Facebook has pulled many tricks to promote its Stories feature — from cross-posting stories from Instagram to merging messenger’s version of Stories with core app. Yet all its efforts have only sprouted mediocre success. This latest development from Facebook is anticipated to change the former scenarios. Facebook’s diligence, although slow but has surely shown growth as one can witness more and more people posting Facebook Stories now. The question, however, yet remains- will these new seeds of change bear any fruits or yield a rotten crop?

PREVIOUS Microsoft Down its Free Upgrade and its Backdoor Loophole

The 5G Technology can be referred to as the next-in-line to 4G (LTE/WiMax), the current fastest mobile communication standard which is also known as the Fifth Generation wireless cellular network. 5G is not only aiming to lower latency, but it also boasts a theoretical maximum speed of 20 Gigabits p