The update is not available in three Asian languages 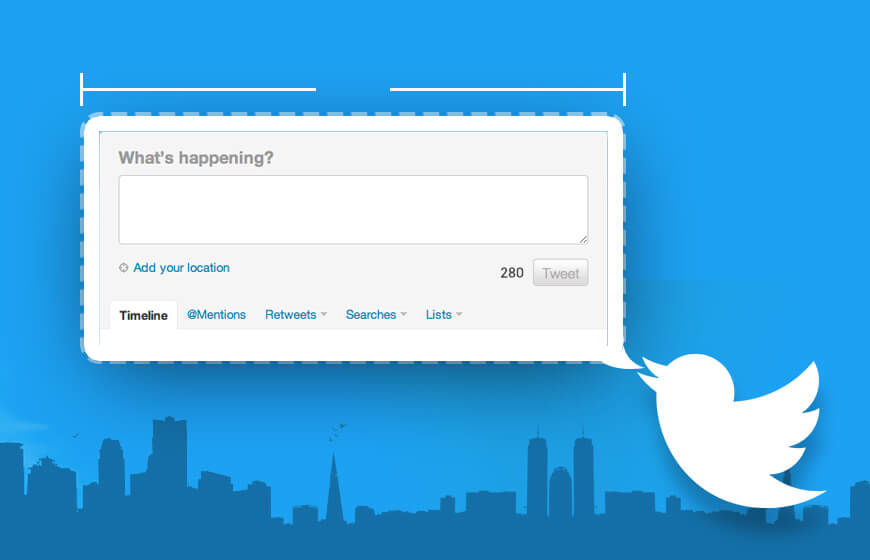 Twitter, the micro-blogging social media platform finally started rolling out its 280 characters support the tweets. The change has already been announced by the platform last month now the company added the elongated tweet option with the new Twitter update. The 280-characters tweet features have been released across the globe. The option for longer tweet will be available in every language for the Twitter users, however, you need to wait for Chinese, Korean and Japanese language, at least for now.

According to the company, the expanded character limit from 140 to 280 characters will help the users in expressing their thoughts more precisely. Twitter also mentioned that during the previous character limit phase almost 9 percent of the tweets touched 140 characters. Whereas only 1 percent of the tweets during the test period of 280 characters reaches character limit. “More space makes it easier for people to fit thoughts in a tweet, so they could say what they want to say, and send Tweets faster than before,” the company said in a blog post,” Twitter mentioned in a blog post on its website.

By allowing the users to express their thoughts in 280 characters the platform also gave an invitation to the risk of long posts on the website which is against the true conduct of the platform. The 280 characters blogging will also encourage the noisy users of the Twitter to post long paragraphs which could be done in fewer words. However, Twitter said that only 5 percent of tweets crossed 140 characters and 2 percent were more than 190 characters during the testing period. “Your timeline reading experience should not substantially change. You’ll still see the same amount of tweets in your timeline,” said Twitter.

The increased character limit is finally available to the users and most of the Twitter users would be happy about it. However, the time will tell either the new Twitter update will help the platform to acquire new users or make it similar to other social media platforms with useless long content. Along with this, the company said that the Asian languages are capable of expressing the long thoughts in fewer characters as a reason for not releasing the support in three languages. According to Twitter the average length of the tweet in Japanese is 15 characters.

NEXT Uber Partnered With NASA to Turn Air Taxi into Reality

Netflix is using the Snapchat lens feature in order to promote its Sci-fi thriller series the Stranger Things 2. Snapchat lets you enter in the Joyce Byers’ living room into the “Upside down” using the Virtual Reality. Now you can feel how its like to be in the cold and empty &ldqu

In the midst of the Hong Kong Protest, the popular encrypted messaging platform, Telegram, was hit by cyber attacks from China.Hong Kong is going through a massive demonstration protesting against an extradition bill that would put the autonomous territory under the more direct control of the Ch