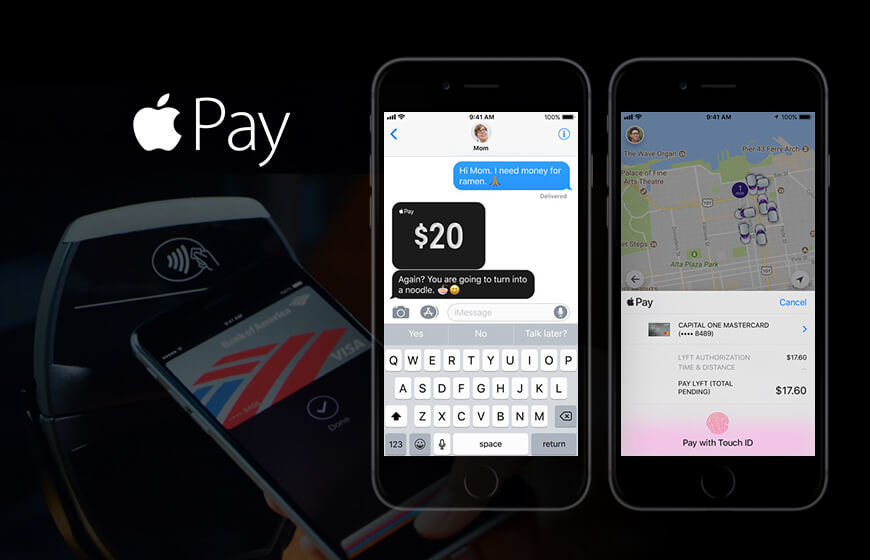 Apple has made it easier for its users to pay cash with the all-new person-to-person payments in an iMessage with the Apple Pay Cash beta. The feature was announced earlier this year and caters to the users to either send or receive an amount inside the iOS mobile (message) app on iPhones. The rollout has just been made available for iOS 11.2 beta 2.

Once the users have updated the public beta program, they will see the featured Apple Pay button in the apps section of messages, tapping which will trigger the payment. The payments can also be initiated by asking for money in a message or using the option to ask the same on a message sent by someone else. The beta version is only available for US users having iOS devices 11.2 and later versions. It is a two-step authentication that allows users to set up their Apple ID for processing the payments.

The Apple Pay Cash card in has an iridescent effect matched to gyro - just like a 'holo' on a real card. Someone in ? design having fun. pic.twitter.com/8u3pI38tGB

For the very first time when users receive a payment, they will need to opt-in to accept the payment. For the users who are opting in for the payments for the very first time will be issued a new Virtual Apple Pay Cash card. The card can only be used to do the transactions via Apple Pay. With this move, Apple has taken a foot forward to consolidate its financial mechanism. With this launch, Apple is trying to validate a space in the already fancy P2P system environment led by other giants like AliPay.

Users can directly send or ask money from the contact on their phones of course with the help of Siri for asking for the payment. All that users need to do is to tap the name of the users and then adding a $ icon below their name. Users can ask Siri to “ask Romney to pay the due $10” and the message will be sent to the users that they can tap back to make the payment. The users will get the notification for receiving the payment. And, the first time users will have to accept the payment within 7 days.

NEXT Snapchat Needs To Be Redesigned As It Is Too Hard To Operate, Says Snap CEO Evan Spiegel

Right after releasing Android P public beta at the I/O 2018, Google has left some traces of iPhone X-like “Notch” feature. As first spotted by Android Police, Google will be sporting a notch in its upcoming Pixel 3 device. As some reports are suggesting, there are some updations made in

The carpooling service giant undoubtedly has one of the flawless apps for its services. Uber is the leading ride-sharing company in many parts of the world. The company has around 14,000 of the employees out of which major portion is taken by the skillful engineers.In the corporate world to make