YouTubers Can Livestream Via iPhone After YouTube Add
News

Youtube added the ReplayKIt to its iOS app for live streaming 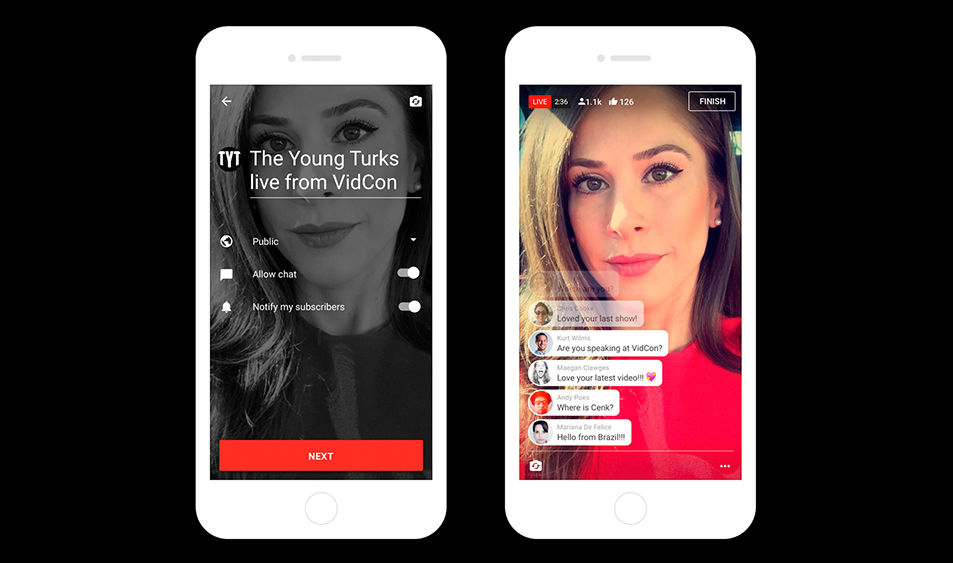 The biggest video sharing platform, YouTube is bridging the gap between YouTube streamers with live streaming for iphone.

YouTube is enrolling some new features for its mobile app and live streaming support for Apple users is the most prominent one. Since June the YouTube added the ReplayKit support to the YouTube Gaming , now it is aloq integrated with the normal Youtube app. ReplayKit, the screencasting framework of YouTube which until now could allow livestream for gaming videos will be integrated with the YouTube iOS app.Thanks to this,  the iPhone users will be able to live stream any content via their normal YouTube app.

The latency issue has always been a point of concern for the live streamers on YouTube,but company ends it with a new option for YouTubers. Another update from YouTube incorporating the Ultra-low latency option will reduce the lag between sending and receiving the content while streaming. This will help the live streamers to instantly answer the question of viewers without any delay.

“to stream video with just a couple seconds of latency, so you’ll be able to answer fan questions and get viewer input during your ‘Let’s Plays’ faster than ever before.” posted by Kurt Williams. the project lead of the update.in a blog post.

In addition, YouTube also updated the YouTube Live with more chat moderation features which lets the user to approve or remove any message from the chat feed while streaming by holding ALT/option key on the keyboard.

With the addition of ReplayKit in YouTube app,iPhone users can live stream any content to their Youtube channel subscribers. As YouTube is getting a tough competition from Twitch and Microsoft's MIxer in live streaming market, the company brings these changes to the app. Earlier to unlock the Livestream feature, account holder must have 10,000 subscribers on their account, but it dropped to 1000 in April further to 100 yesterday.

NEXT Zello: How Hurricane Irma Made The 'Walkie- Talkie' Style App No.1 On iTunes Chart

Google Parent Company Alphabet’s another venture named, Jigsaw launches a new security app for the Android users. Intra, the newly launched app restricts the government bodies from performing the DNS manipulation that blocks them to access certain websites. With the help of Jigsaw’s app,