Apple’s new way of educating Apple users about Siri is exciting and will surely make some impact. 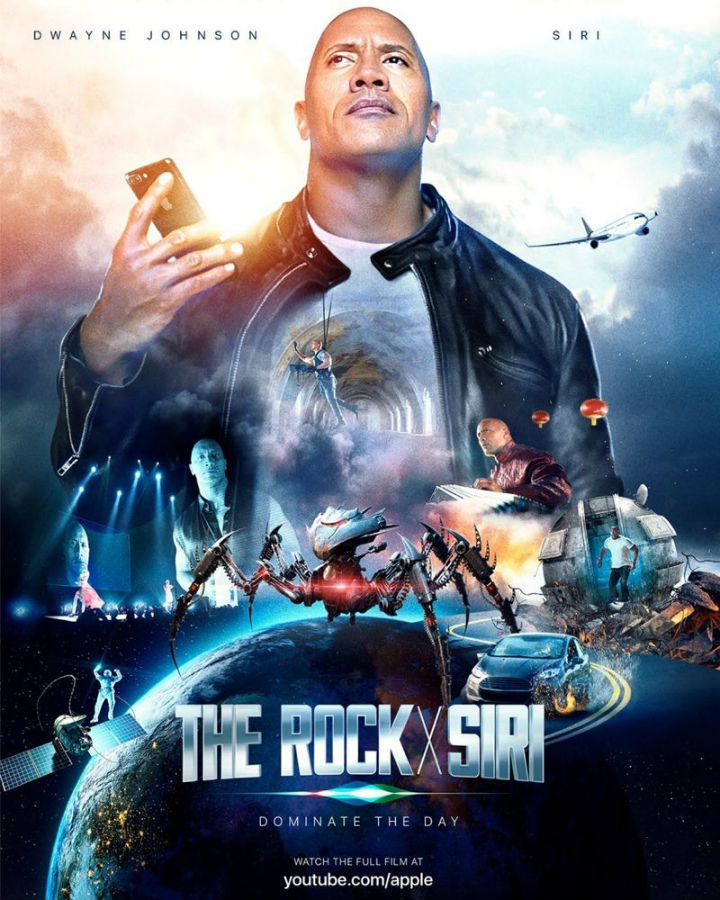 It's a fact that most of the tech giant believes that AI is the future of our world. We already have several AI platforms available like Siri, Google Assistant, Amazon’s Echo. But many of us don't know how to engage with these virtual assistants in real life.

To our rescue, Apple has come out with an advertisement to solve this problem and educate the users on how to interact with Siri to get optimum assistance. Apple just released an advertisement featuring the Dwayne Johnson, aka The Rock, to show what Siri is capable of.

The company and tech teams are putting all their hard work in the Siri to make it smarter with every enhancement. Recently, Apple, with the release of iOS beta, shared the new and more intelligent Siri, responsive to multi-language and many other features. Apple wants to take the Sii beyond the use of weather information and google searching.

The 3-minute 45-second video has the Rock as the protagonist who is asking the help of Siri to perform tasks. In the advertisement, the Rock is being challenged to complete his projects due to being too hectic. Siri helps out the Rock in completing the tasks of the bucket list, which include ten life goals.

The video is very engaging, and it's funny in most of its parts the Rock, as usual, gives his best to the viewers. Apple’s new way of educating Apple users about Siri is exciting and will surely make some impact.

The way Siri helped out Rock in completing the life goals in his crazy, hectic schedule shows the real strength of an AI. Most parts of the clip will make you feel expensive, but because Dwyane was the highest-paid actor in 2016, it's impressive.

Some people confused the advertisement with the movie after rock tweeted earlier about the ad. According to a report from the Techcrunch, the spot is created by the Apple and Seven Bucks Production, the production house that rock co-founded with Dani Garcia.

The tech giants, including Google, Facebook, and Microsoft, are also rigorously working on different AI projects. The only way to integrate the AI assistance in our life is to continue usage, which ultimately leads you to know their actual purpose.

Let us know what you think about this latest video thought your comments below.

Interesting Facts About Google On Its 19th Birth Anniversary

Google has celebrated its 19th birthday in its own style by releasing a Google Doodle. This Doodle consists of a spin wheel game which includes 19 surprises that Google has introduced over the years.To honor and celebrate this special day of Google, we thought to pick up some random and interest

Google is Killing The App Market Support on Android 2.2 and Below

Currently, Google Play Store is a home for more than 2.2 million of apps and almost hundreds of apps join the family every week. Android users have densely occupied the smartphones and contribute the major portion of the smartphone holders. In the last five years, it's only because of cheap Andr

Looks like Microsoft have been working a lot to give App developers some important products and tools. The company is pulling out it cards app world one by one revealing new apps and tools. Microsoft introduces an application that will help the developers to test iOS and Android Mobile applications.