Do you know there would be no mobile app development in the future without Artificial Intelligence! 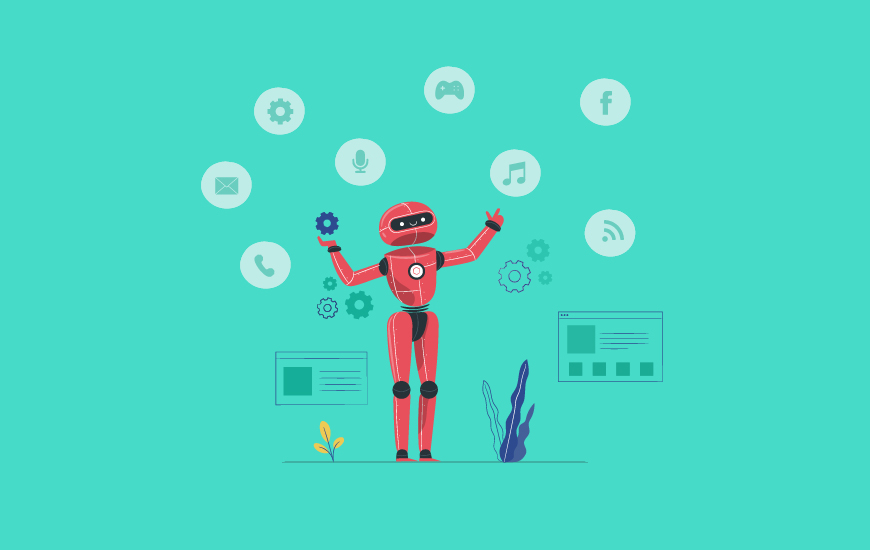 2017 was all about new technology and future visions to explore new ways of enhancing the tech world. Artificial intelligence garners the most attention this year, from a self-driven car to high-end GPS trackers, AI is responsible for making the world more advanced and connected. However, the artificial intelligence in mobile devices has become a trend to allure the smartphone users. Huawei's Mate 10 is the latest in the list to offer more AI-equipped features to the users.

The smartphone from the Chinese company launched on 16 October and claimed to be the most powerful AI featured phone ever. The Mate 10 is built to take the AI assistance one step further for better user experience and explained some Artificial Intelligence life-changing factors.

But, does the integration of self-driven technology into the smartphone can change users' life?

AI on mobile vs in-device AI

Artificial Intelligence has been available on mobile phones for quite some time now. From Apple’s Siri to Google assistant people have become habitual of using this new stream of technology. However, new generation phones, including iPhone X and Mate 10 possess the feature of in-device AI on mobile. This removes the dependency of smartphones from the cloud-based AI system to perform any task.

In-device AI enables smartphones to perform AI features even without the internet connection. This also eliminates the need for regular data consumption from the cloud and makes the AI execution faster.

Huawei’s Mate 10 comprises the company’s own Kirin 970 processor in order to run the CPU and GPU unit. There is one more unit in the phone named NPU (Neural Processing Unit) and works differently from CPU and GPU. The machine unit helps the phone to recognize the images, voices, and language and process them like data to provide answers to the users.

iPhone X leverages Artificial technology to replace its fingerprint unlocking with the Face ID system. Whereas the Mate 10 uses the AI to recognize the surroundings in order to optimize the phone's performance for better user experience. While taking images the Mate 10 will automatically recognize the object and regulates the settings perfect for the snap. Additionally, the phone can differ among the objects in order to quickly adjust the settings of the phone.

Could AI change our life

Artificial intelligence is available around us for more than 20 years, although in most of the case we never experienced it directly, it has been a great help to optimize the technology system. AI could not be the most revolutionary thing right now, but its implementation in mobile devices could change our lives on a daily basis.

Considering the fact that our smartphones own the major part of the time we spent in a day, any change in it will definitely have a direct effect on us. If our smartphones start recognizing our surroundings and understand our context, then they will be more than a communicating device. Making smartphones intelligent and more capable to tackle small and big tasks will change the way we live today.