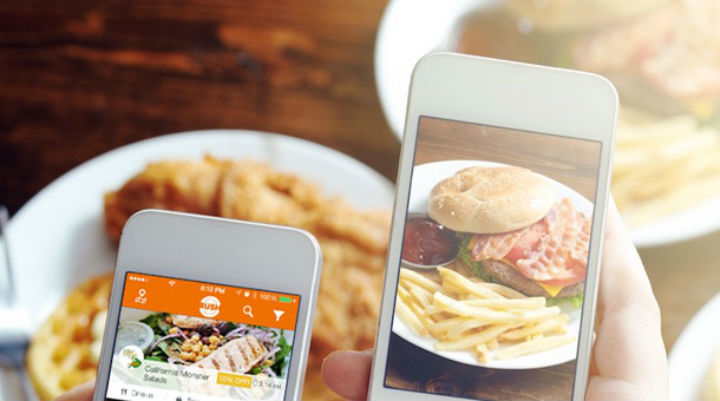 There is no wonder mobile app technology have taken over the entire business world . App first strategy is the now must applied strategies in the business market if you wanna keep up with the pace. Food industry is also never been spared by the applications , delivery services are majorly influenced by the app technology. Food delivery app are the most easiest way to have a desired meal instantly without going anywhere.

In list by the Cheetah Lab , the new bee in the market have taken the number two spot with the exponential high demand. In order to extract the dat to find out the top apps, Cheetah Lab observe the weekly active penetration rate of the users. The firm noted the number of weekly active users of an app and divided it by the Active Android Users. The results may vary the real one as t did not counted the iPhone users and U.S 44% population uses the iPhone.

As the number shows Domino's top the rank with the penetration rate of .38 percent . Where UberEats acquire the penetration of .21 percent along with the Pizza Hut which has .17 of penetration rate. ANd by going down the list we have DoorDash , Amazon Prime and Postmates which holds the seventh (.09), eighth(.09) and ninth rank(.07) respectively .

UberEats  in spite of being the newcomer in the competition outrun the GrubHub in terms of popularity due to its more stable pricing and less comparatively low fees. This Uber Carpooling offshoot app let the customers to order from hundreds of restaurants across wide areas . This can be taken as the USP of the UberEats which makes its the fastest growing food delivery service.

In order to deliver the user's food from various areas and fulfill their every wish food deliver service has to go to the great extent which leads to the higher delivery charges.This is the reason of consumer dissatisfaction and where UberEats hit by charging the much less as compare to others.

However , Domino's luscious pizza still able to make it the most popular food delivery service  in the U.S.

PREVIOUS Uber Adds a Tipping Feature for the Riders

How To Take Screenshots On Different Android Smartphones

Every smartphone user knows the importance of screenshots and how does it help us in many ways. There could be many reasons for taking screenshots, from sharing an interesting image with your friends to saving an important chat conversation. Sometimes developers take screenshots to capture the featu

Google is known for playing around with the new features in its products and YouTube is the latest one. Autoplay feature that was initially taken into practice by Facebook to automatically play the videos in the app. Google is also testing the Autoplay feature in its YouTube app. However, some users

In the light of Twitter’s temporary suspension of the global boycott of McGowan’s Twitter account, women across the world came in revolt through #WomenBoycottTwitter. Immediately, Twitter CEO Jack Dorsey came to the platform’s rescue with tweetstorm promising sweeping changes. We f