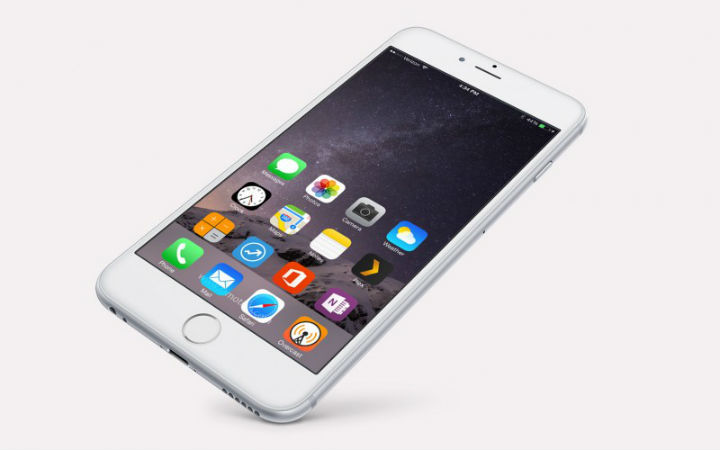 The storage problem is nothing new with the smartphones but if recently you have experienced this more often, your phone is not the one to blame. In the recent years, your strange issue with your iPhone may have increased much. Smartphones are not behind that space problem actually it's the apps that have ballooned their size from some years. The most of the apps have spread their size and taking more space on their phone due to more and more updates. 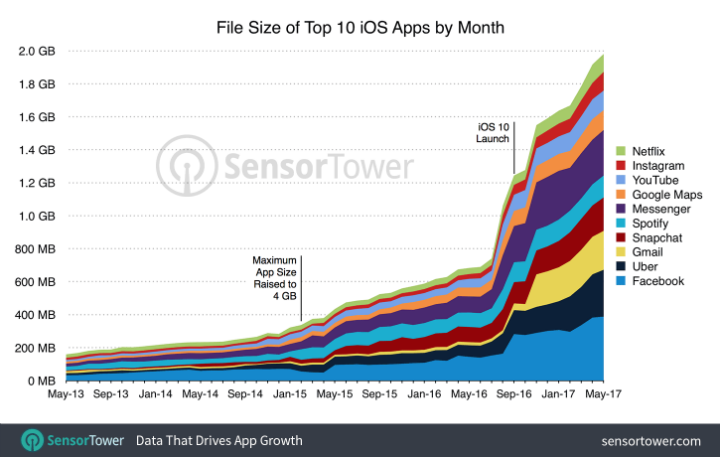 The latest report from the app analytics survey firm Sensor Tower, the size of the phones are largely affected by the apps we use. The mobile application like Facebook, Gmail, Whats App, Uber and Snapchat have increased their disk size. In order to provide more effective service, they push updates continuously which increases their size.

Sensor Tower mentioned the data about the Facebook, in May 2013 the Facebook app that you had in your phone owned a space of 32 megabytes only. Now the Facebook app occupied 338 megabytes, that is 12 time to the prior. The same goes with the Snapchat which occupies 238 MB of space now but had only 4MB in 2013.

Apple is working to help the user in order to decrease the app bulge. This continuous updates and increasing size of apps is a very big problem for the users with limited disk size. Along with this App, owners should also try to work on the size of their apps and push updates that fix the bugs but don't increase their size.

Not only the Apple users but Android users are also facing the problem of low storage.

As the apps getting better and smarter the size is enlarging, creating a trouble for the users.

Just before the launch of Europe's new GDPR (General Data Protection Regulation) privacy standards, WhatsApp has altered the age prerequisites for the European users. The age limit has been extended to 16 years from the earlier set age bar of 13 years. This measure has been pulled out while cons

Right after releasing Android P public beta at the I/O 2018, Google has left some traces of iPhone X-like “Notch” feature. As first spotted by Android Police, Google will be sporting a notch in its upcoming Pixel 3 device. As some reports are suggesting, there are some updations made in

Google Parent Company Alphabet’s another venture named, Jigsaw launches a new security app for the Android users. Intra, the newly launched app restricts the government bodies from performing the DNS manipulation that blocks them to access certain websites. With the help of Jigsaw’s app,