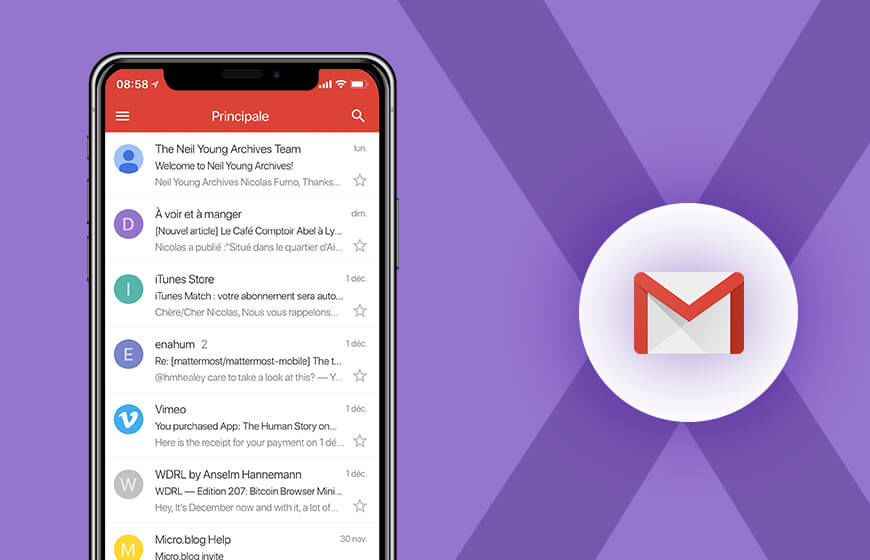 Google’s updated version of the Gmail app is finally here designed specifically for the iPhone X display. This app has also been enrolled to add support to third-party email services. These services will include Apple iCloud, Microsoft Outlook, and Yahoo Mail. Support for these services was first enrolled in beta back in October.

iPhone X was made available for users in November and Google also updated some of its applications to support the iPhone X display. The apps that are given support include YouTube Waze and Google Maps, the eponymous Google app Google Home and Assistant, Google Drive, Google Docs, Slides, and Sheets, Google Photos, and Google Translate.

Apart from providing support to the apps mentioned above, Gmail support has also been provided to Google maps with iPhone X support. However, plenty of other apps including the inbox still lacks the support for the iPhone X so far. In case you are wishing to get the Gmail app for iOS, you can get the link here.

Google is slowing moving towards updating all its applications for iPhone users. The initial steps have already been taken and done successfully paving the way for new changes to come quickly. These changes have already been proved to be useful for users.

NEXT Comparing Different Android Versions: Lollipop Vs Marshmallow Vs Nougat

Facebook-owned Instagram may be coming with a voice and video calling option for the users as Instagram APK (Android Application Packages) has hinted for a similar features. In the codes, there are files captioned with video & call and they are symbolized with icons of phones and cameras on it.

Recently the researchers found too many malware containing apps and the mobile applications that are a potential threat to the users. In return, both the tech giants  Google and Apple actively took actions by withdrawing or deleting the apps from the respective application store to ensure the u