The riders will be able to unlock bikes via Yulu app 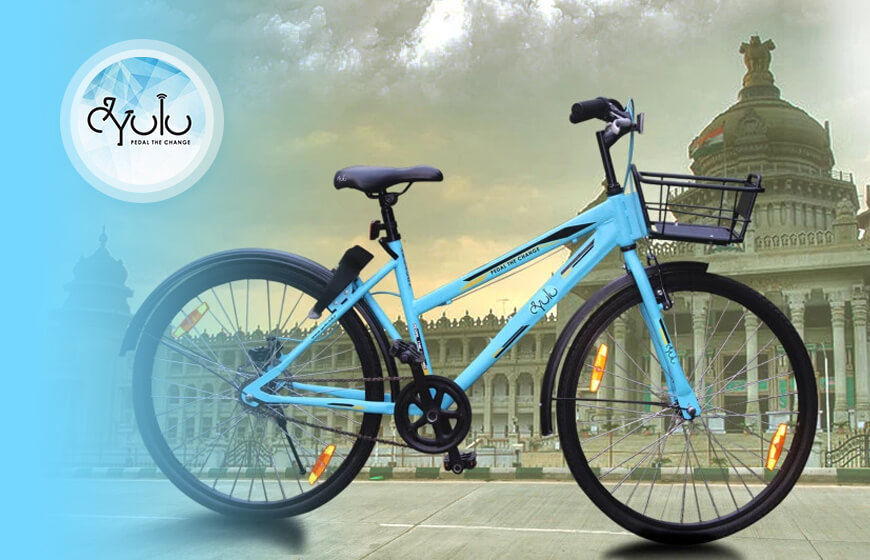 Amit Gupta, Co-founder of multi-billion dollar startup InMobi in India after spending substantial time at the successful company, wasn't able to suppress the urge of doing something new. He also co-founded a bike-sharing startup Yulu to compete in the emerging market of bike sharing services. Yulu will be coming with its smart bikes renting service in Bangalore in the coming weeks.

After making his first startup successful, Gupta wanted to do something more by contributing to society. By months of discussion and planning, he started Yulu to reduce the traffic-related problems in the country.

In coming days the Yulu will launch its bicycle available for rent in Banglore. Yulu will initially provide a few hundred of bicycles in the city mostly the dockless ones for the people interested in renting the bikes.

The catch is that the Yulu will allow the customers to rent the bikes using their Android or iOS smartphones. Moreover, people have to use the QR code to unlock the bikes, and they will be bill after every 30 minutes of use by Yulu app.

The bike sharing is the new stream of e-commerce that is catching up the trend in 2017 and will be going to speed up more in 2018. Not only in India, but startups across other countries are also raising big funds for the bike renting business. In China, Ofo and Mobile emerged as the most successful startups in renting the vehicles.

In the US, LuBike has raised $62 billion whereas Spin successfully secured $8 billion against the bike sharing giant Locomotive. Over in India, Ola, the Indian ride-sharing firm has recently launched bike ride services for the riders currently centered to the Faridabad region.

While his trip to China, Gupta experienced the hassle-free bicycle renting service offered by Mobike and Ofo. That made him realize the same implementation could also solve the traffic problems in India.

However, it took both the companies two years to mark the success in bike renting service. Amit Gupta mentioned that might be the adoption is slow, but more 300 million people in India have smartphones with an active data connection, so it's the perfect time to get in action.

“I had been happily running the first company, InMobi, and very proud of what we’ve done. But in my own mind, I had an itch where I was wondering if I could do something that would impact society more closely. I just turned 40 and I thought that if I  commit the next five to ten years to solve for traffic and pollution problems, which is becoming a big social problem in the country, I could make an impact using technology.”

Yulu currently has a team of 20 employees and the team is working under Amit Gupta at InMobi’s office for months now. Yulu was founded by four people without an outer investment and managed to get noticed with self-funding. Right now Yulu has enough amount of capital to continue working for at least for seven to nine months but Amit Gupta is expecting a big opportunity.

Amit Gupta also mentioned that he is in regular talks with the government of India to support the bike rent startups in the country and let the bikes run on the roads seamlessly.

Tumblr CEO David Karp Getting Onto the Back Foot: Decided to Leave the Company

After nurturing $4.5 current worth company, CEO David Karp has decided to leave the company for the reasons not known yet. Tumblr as a blogging service was founded back in 2007 and has earned a remarkable status since then. Karp’s announcement to leave the company has come at a point in time w

Amazon Key, the app that kicks off the home-delivery glitches for the courier professions has now been integrated with an added layer of security. The service makes it easy for company’s couriers to access the delivery address to drop off the parcels. Amazon Key app is designed to work with ho

1App: Now Put All Your App in Cloud To Access on Any device Instantly

A mobile application developed by a company, embedded with essential features need to be advertised to get the proper and targeted reach.Advertising or branding it itself a very composite task first you need to advertise the product efficiently then the user needs to tap the ad, download the applica

Rubric: Now You have The App For Perfect Image Caption

Social media has become everything now and people are more concerned about their social media identity. Now social media has changed the meaning of interacting with each other. Rather than connecting we keep on showing off with the help of digital technology. Now images have taken all the limelight