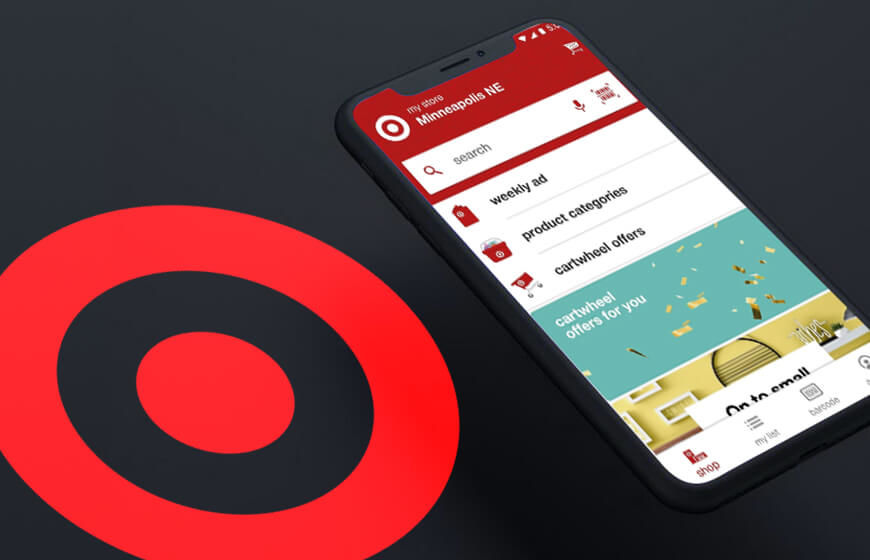 Target has added ‘Wallet’ feature to its Android and iOS apps. This is going to help the customers who own Target’s RED credit and debit cards to add it and then make the payments by scanning a QR code. Customers would require opening the ‘Wallet’ inside a Target store. They can scan any coupon bar codes and then scan their ‘Wallet’ barcode at the register to pay with their REDcard which they are supposed to upload before.

Target’s Shoppers can take the advantage of their cartwheel digital coupons and discounts with a single scan of their barcode. That means after adding the discounts on the selected products to their Android or iOS apps using the cartwheel feature, customers can present a barcode to be scanned at the point-of-sale which will be a savings benefit. 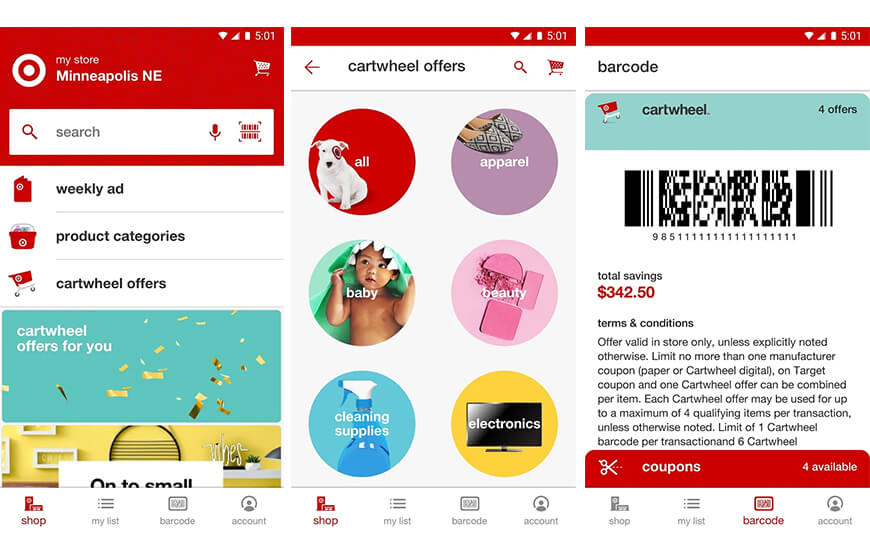 The best part about Target’s ‘Wallet’ feature for Android and iOS apps is that customer can now also choose to pay with their REDcard at the same time. This will enable the customers to experience the speed up check out, i.e. it is four times faster than the other payment modes. Merchants are also on the benefit side because pushing the users for REDcard will save the processing fees on the credit cards. Target’s ‘Wallet’ is in the process to support the ability to add and pay with Target Gift cards in the near future. However, Walmart also has launched Walmart Pay earlier whereas CVS own CVS Pay and Khol’s has Khol’s Pay.

In-house mobile payment solution saves the company money while it shits the customers to the store cards and also it gives the merchants a chance to access the consumer data. As per Target’s Chief information and digital officer, customers are going to appreciate the convenience of having the payment, cartwheel offers, Weekly Ad coupons and gift cards in one place. Thanks to ‘Wallet’ which is going to delight the Android and iOS app users.

NEXT Facebook is Launching "Did You Know" Questionnaire Feature

Earnin App: Withdraw From Your Salary Without Fees

The traditional two-week pay cycle implemented in companies may not always work for everyone. Many wish that there were a way to access their paycheck earlier than the specified date of receipt. In fact, a majority of employees in the U.S. live paycheck to paycheck. This is why platforms that offer