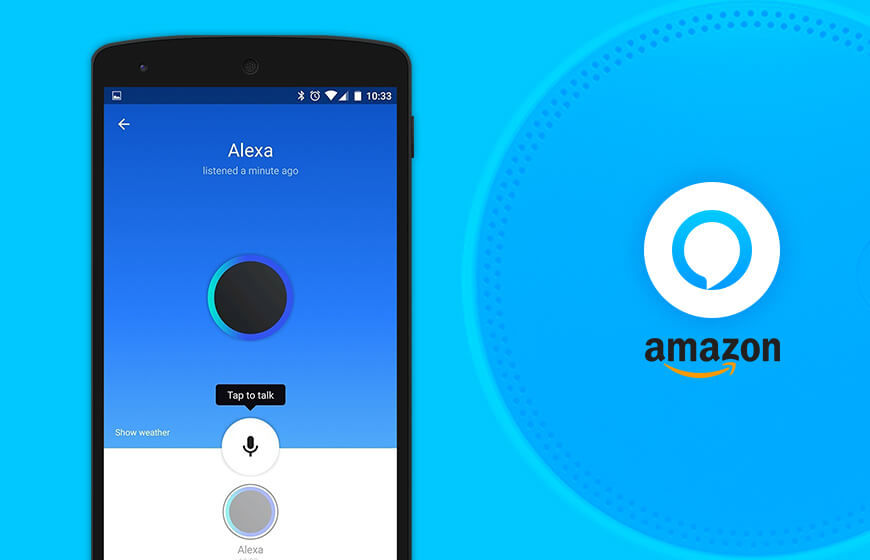 Amazon's Alexa app Echo Dot has topped the charts since Christmas day and it is for the very first time that the app has grabbed the number one ranking. Amazon's iOS & Android app is essential to setting up the Echo speaker. The app helps to enable wi-fi pairing, configuring smart home functions, and choosing default music services.

The app has topped the charts from the past ranking spot 60, suggesting that people have increasingly shopped for Echo at Christmas. Besides, the Echo Dot, people also gifted models including the Echo Plus - which doubles as a smart home hub - and the display-equipped Echo Spot and Echo Show.

As a result of millions of units sold in the holiday season, Echo Dot become the top-selling device across all the categories on Amazon.com. The demand for the system hyped so much that customers even placed their name on the pre-order list that will be delivered to them in a short time span, as Amazon assured. The current situation clearly tells the popularity Amazon Echo has garnered today. 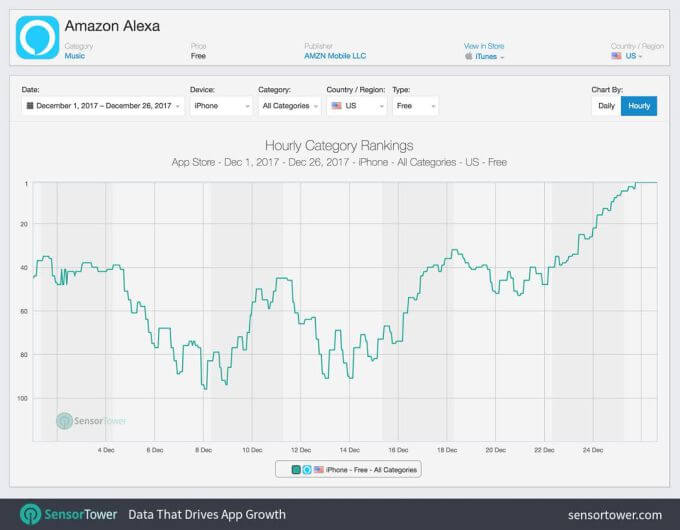 The increased demand for Alexa device is a reason to the app's top ranking from lower order to the top one. Also, customer's Christmas shopping contributed too in the top ranking of the Alexa Echo application.

While the app climbed to the number one spot in the US, it performed exceptionally well in the other markets too. In the UK, the app grabbed no. 2 positions, while in Germany and Austria it climbed to no.5 spot. It markedly points towards the global trend where people are buying Alexa powered smart speakers in greater numbers.

While comparing Alexa's app with Google Home's smart speakers, the latter climbed up from spot 38 on Christmas Eve to No. 6 in US App Store & from No. 21 to No. 6 on Google Play. Despite the increased competition from Google, Amazon's products have performed exceptionally well. Additionally, Google has also introduced a series of new products including Google Home Mini, and the new, high-end Google Home Max, which is sure to help the giant climb up the App Store rankings.

PREVIOUS Bitcoin's Real Worth Might Be $0 Warns Morgan Stanley

With the introduction of iOS 11, users have got ample of new AR apps to explore. One such app is ‘Magic Sudoku’ which enhance one’s ability to solve even the most difficult puzzle by using Apple ARKIT. All that is needed to do by a user is to focus the phone’s camera on the p