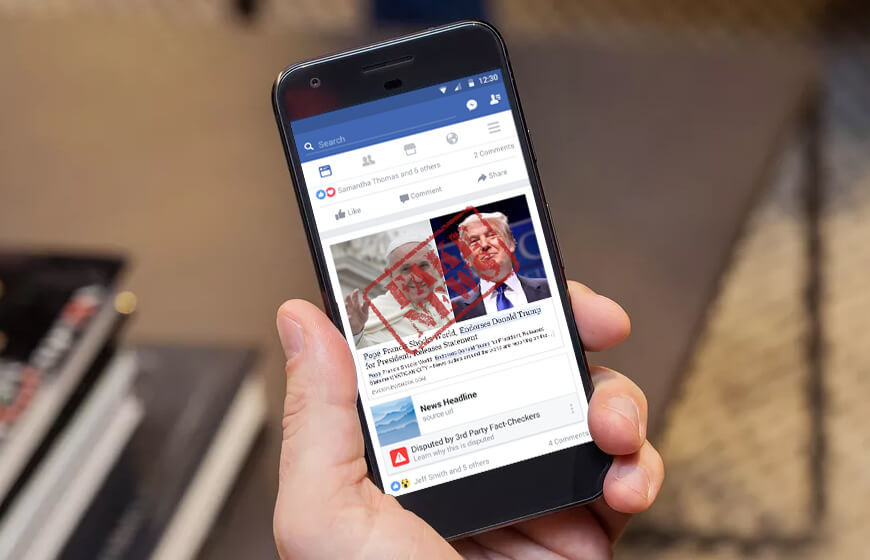 In its attempt to firmly stand against the spread of fake new from its platform, Facebook today has announced two changes. The first change has been introduced for news feed and the second one is for the giant social media site to understand how it could figure out the accuracy of information based on the news source. There have been a lot of Facebook fake news floating over the platform owing to which the social media site has been facing a lot of criticism.

The first change that has been rolled out for news feed states that users will no longer see either the “Disputed Flags” or the red badges that were seen earlier on the fake news. Instead, there will be articles from reputed publishers that offer trustworthy content.

Like any other networking channel, Facebook has also remained under critics pressure for spreading fake news due to lack of source authentication from the publishers. Facebook has also been seen playing a key role in influencing people’s opinion during US presidential elections. The platform was used by Russian-backed trolls influencing US elections.

Giving his views on the news, Facebook product manager, Tessa Lyons wrote, “Academic research on correcting misinformation has shown that putting a strong image, like a red flag, next to an article may actually entrench deeply held beliefs—the opposite effect to what we intended. “Related Articles, by contrast, are simply designed to give more context, which our research has shown is a more effective way to help people get to the facts. Indeed, we’ve found that when we show Related Articles next to a false news story, it leads to fewer shares than when the Disputed Flag is shown.”

Disputed flags used to be the symbol for the articles that have been identified as fake news by fact-checkers. From the past one year, Facebook has been introducing a number of measures to fight against the spread of fake news on its platform. In the wake of demoting such news, facebook, on a rough scale lose 80 percent of its visitors or the traffic the giant social media channel earns.

The golden age is where your million dog pictures will get the name they deserve. If you’re wondering what in the world am I talking about, you will love this piece of news. Google has released a new feature update for Google photos that enables you to find your pet’s picture in your pho

Apple could be the world's most valuable company, but it knows how to connect with its users and employees. The iPhone maker is known for celebrating every small and significant occasion with its unique approach. At this year’s World emoji day, i.e., today, Apple again did something differ

Apple has just prepared its News app ready for the Winter Olympics starting from tomorrow in South Korea. The app will now deliver special coverage of the games and every other event of the Olympics to the iOS users. In order to provide all the updates and news, Apple has collaborated with NBC and o