Are You Ready To Trust AI And Healthcare Apps With Your Life? 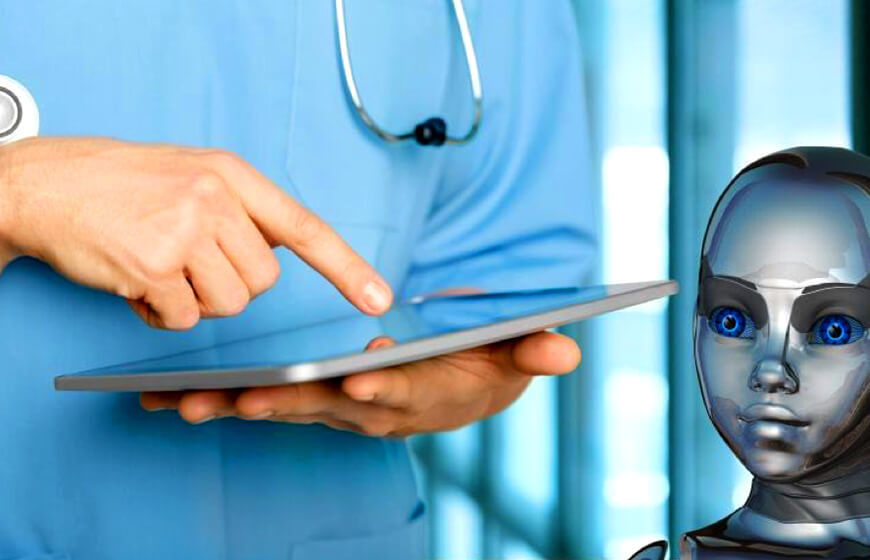 Let’s fast forward to the next few years, you walk into a hospital, list out all your symptoms, the doctor feeds it into the computer, pulls out the latest research, suggests an MRI or a Xray which then through another computer is able to detect even the minutest problem which is impossible to detect for humans. You are then taken to another computer which based on your minute diagnosis and medical history compares the data to the best research on the diagnosed ailment enables your doctor to prescribe a treatment protocol specifically tailored to your needs. Your healthcare mobile app will obediently send you necessary alerts and updates based on the Artificial Intelligence’s analysis of your behavioral pattern. This is not the plot for the next Matrix but your visit to the hospital in the next 5-10 years. All thanks to the sky-rocketing research in the A.I. bolstered Healthcare sector. Born of curiosity, be it newbie startups to big dogs of technology sector, Artificial Intelligence is now running on everyone’s mind. While a robot defeating a human at a board game might be amusing, A.I. machines monitoring your health becomes a matter of life and death.

This deep learning technology, that once was just a subject of curiosity is now culminating our healthcare reports. While Artificial Intelligence is yet not reliable enough to replace human doctors and mode of providing care, advancing research from tech giants such as Apple and Google explicit promising results. 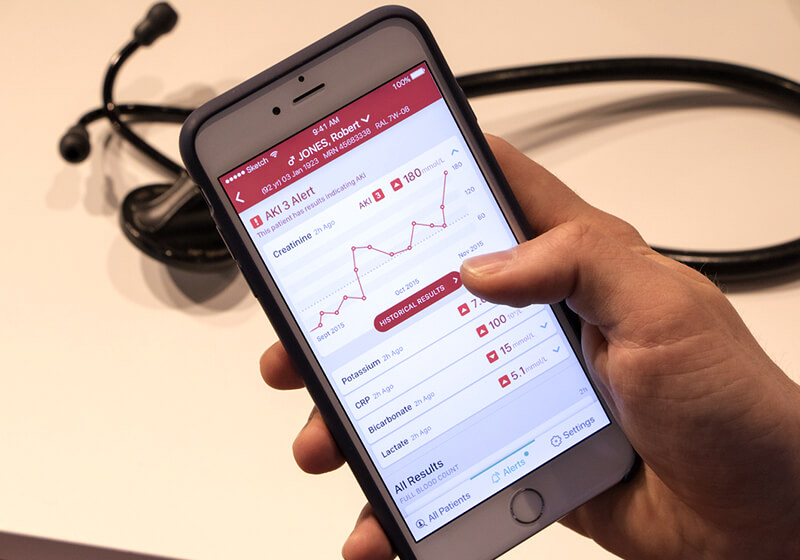 Google’s A.I.healthcare project Camelyon16 was able to detect 92.4 percent of tumors after scanning 400 slides. In fact, the algorithms were able to detect tumors in two slides which were mistakenly  labeled ‘normal.’ What’s impressive is the detailed diagnosis, Artificial Intelligence-based machinery can conduct. This has enabled Google’s A.I. to detect tumors as minute as 100 x 100 pixels on images sized at 100,000 x 100,000 pixels. Whereas Apple’s ResearchKit data offering a new method of self-reporting for more than 50,000 users who are using the crowdsourced medical information to treat all kinds of ailments. In fact, the results are so reliable and impressive that 7,600 of these mobile app users enrolled in a six-month study. 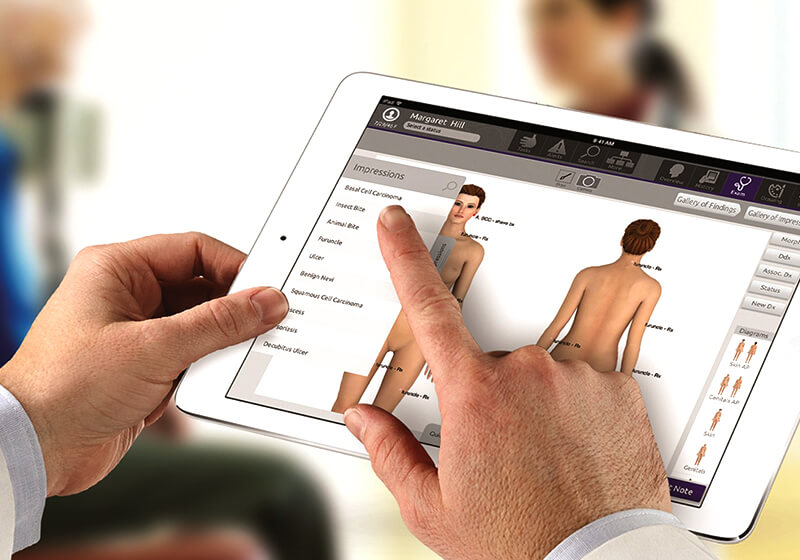 Apple and Google aren’t the only ones to dig their claws into the future altering technology- Artificial Intelligence. CBI insights report nearly 22 companies are developing new A.I. health care programs for imaging and diagnostics. As for life-threatening diseases like cancer, an IBM-backed group called Pathway Genomics is developing a simple blood test using Artificial Intelligence that can detect certain cancers at an early stage.

Apart from aiding healthcare mobile app users in self-diagnosis, Artificial Intelligence is branching to all sorts of healthcare services including impressively accurate detection of presence or absence of tuberculosis (TB) in chest x-ray images, pathology, ophthalmology (eye diseases), and cardiology. AiCure is using A.I. technology and facial recognition technologies to monitor the timely medications prescribed to the patients and sends them alerts accordingly. A.I. based mobile apps such as the Caféwell Concierge app employs IBM’s Watson’s natural language processing (NLP) to monitor its users health and through mobile apps send timely alerts.  This is just the beginning as more and more venture capitalists invest in the technology, the A.I.innovations in the healthcare mobile sector are advancing to surpass the experienced caliber of human doctors. Considering how Apple introduced the first iPhone in June 2007 and the extent to which the company has grown in just ten years, the power of Artificial Intelligence will surely to be life-altering. But with great power comes bigger responsibilities and at present, A.I. technology is battling with major challenges. 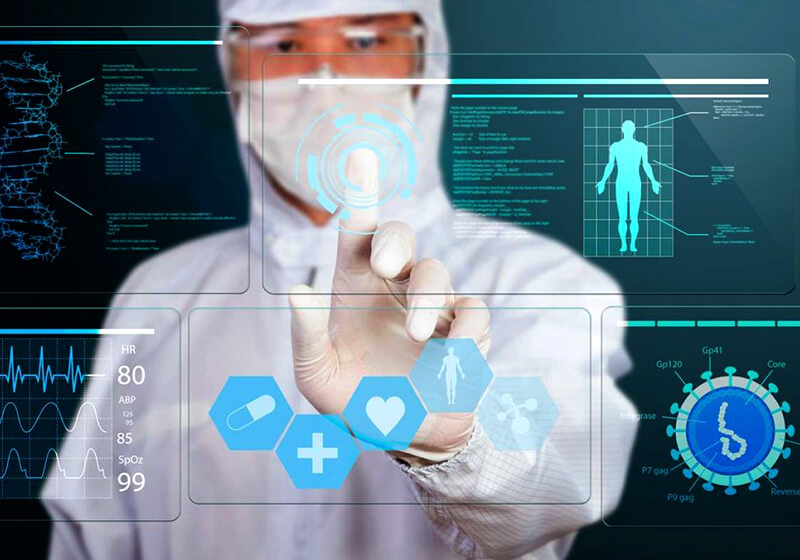 At the top of the list lies the challenge for cybersecurity experts is to protect the vulnerable clinical data. The biggest problem with the existing AI model is their security system that is vulnerable to hackers. The clinical data along with financial data, security pins, geographical locations and debit card information. While one can change their debit card, it becomes a little impossible to change your mother’s maiden name. The revolution in healthcare with the interconnection of systems, cloud computing, Internet of Health Things (IoHT), mobile apps and clinical practices such as remote monitoring, telemedicine, and working from home is yet vulnerable to sophisticated attacks employing social engineering techniques (e.g. Phishing) that can shadow “traditional” defenses such as anti-virus, rule, and signature-based detection systems.

Artificial intelligence security experts, however, are not lagging too far to come up with solutions. While education and awareness of the system are essential, Information Governance is the key to redefine mobile policies and monitor regulation of critical data present, both in transit and at rest. The A.I. systems must be up to date to ensure an effective security system. Monitoring the critical data and relaying healthcare mobile app users, the updated policies are just as important.

PREVIOUS Facebook All Set To Revive The Poke Feature

Amazon Key, the app that kicks off the home-delivery glitches for the courier professions has now been integrated with an added layer of security. The service makes it easy for company’s couriers to access the delivery address to drop off the parcels. Amazon Key app is designed to work with ho