Uber Partnered With NASA to Turn Air Taxi into Reality

The flying taxi ride will cost almost same as that of UberX service of the company. 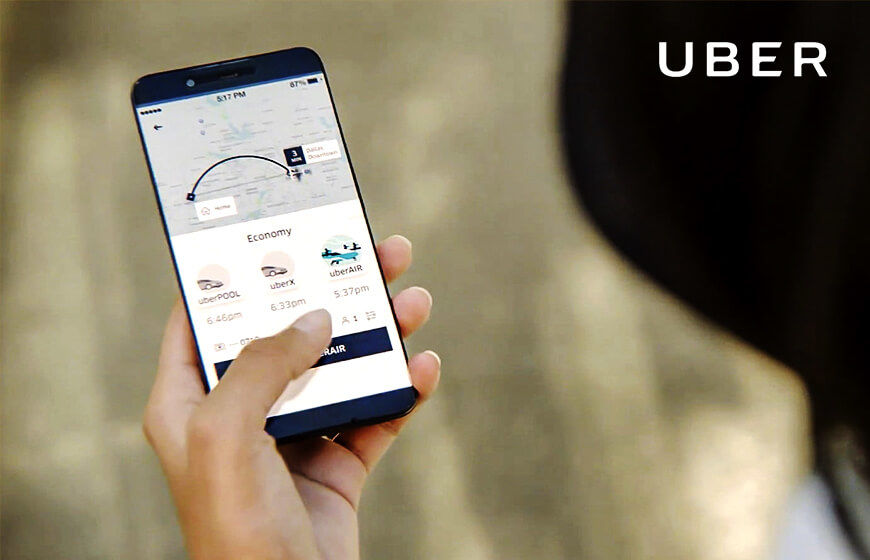 Uber might be facing a severe issue in London and putting all its efforts to keep things good in Brazil, but it seems that these problems are not holding company's future plans.

On Tuesday, Jeff Holden the chief product officer at Uber announced the partnership of the company with NASA at Web Summit, a technology conference held in Lisbon by Uber Technologies. Holden said Uber has joined hands with NASA to collectively work for building an air traffic management system for its flying taxi in the future.

In April, the tech company announced its plans regarding the flying Uber taxi service named UberAIR in some of the cities across the world. However, the flying taxi fleets won't be available soon as company mentioned that it's planning for the demonstration on the flying car network in Dallas, Dubai and Los Angeles by 2020.

In order to turn the idea of Air Taxi into a reality, Uber Technologies has partnered with NASA. Under the act of partnership, NASA will help Uber to ensure its dream to touch the sky.

Uber’s partnership is carried out to in order to sign NASA’s Space Act Agreement, which allows the NASA to ensure “safe and efficient operations" of the taxis and unmanned small aerials system flying at lower altitudes.

Uber previously shared that the company has the agreements to work with many other aviation companies, however, its partnership with a federal US agency is the most authentic proof ever.

With this latest step, Uber has unlocked the way for future transportation mode which can solve acute traffic problems. Los Angeles will act as the perfect testing place for the flying Uber Taxi with its unimaginable traffic.

”These are exactly the kind of partners we need to make uberAIR a reality," said Holden.

The flying vehicles could prove as substantial support to the big and populated cities facing daily traffic problems. For an idea, Uber plans a trip from the Los Angeles airport to the Staples Center during the peak traffic hours and Air Taxi will take only 30 minutes instead of 1 hour 20 minutes taken by car to cover the distance.

The UberAIR ride in the flying taxi will cost almost similar to its UberX service to the riders according to the company.

For a detailed overview of the Uber app development cost, check out our article titled "How Much it Costs to Build an App Like Uber?"

NEXT Set The REMINDER! Apple is All Set to Kick Start With The "Apple Store Black Friday" 2017

Uber Accidently Charged in 5-Digit for a 21-Minute Ride

It has happened more often than not for Uber to be in the news for all the wrong reasons. Keeping the track record of such bad incidences intact, Uber has once again made the headlines. The ride-sharing giant has charged the whopping US $14,000 to a Canadian customer for a five-miles long ride.T

Uber is again in the news and this time for all the bad reasons. The ride-sharing giant has reportedly paid a whopping $ 100000 to a Floridian for keeping secret about a massive data breach. Uber has recently revealed the cyberattack happened last October wherein the details of almost 57 million dri

Uber welcomes new changes with the appointment of  Iranian born Dara  Khosrowshahi as the company’s new CEO. He is also the former CEO of the leading travel company Expedia. A company with a revenue increase of 18% every year overpowering Airbnb and other travel competitors.Thoug

Uber is Handing Over its Southeast Asia Business to Grab

Uber, the ride-hailing giant is preparing for its exit from another sizeable market. According to the reports, Uber is selling its Southeast Asia business to its all-time competitor Grab. However, the financial figures of the deal have not been disclosed yet but Uber will own 27.5 percent of the com