Know More on the Sprayscape Camera App on Android from Google

The app deals with VR technology 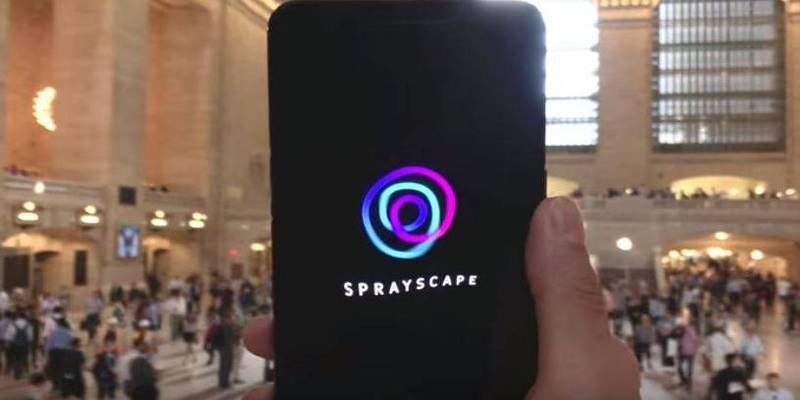 All of us mostly like Virtual Reality and we are fond of taking photos. Google has smashed both the concepts. Google’s Creative lab has recently released Sprayscape, a virtual-reality based camera application, for Android smartphones. It is an open source Android experiment app that is capable of crafting, viewing and sharing the 360-degree photo spheres. Users may download Sprayscape for free from Google Play. In the words of Google itself, Sprayscape is said to be a “perfectly imperfect VR-ish camera”.

Sprayscape camera app is similar to cardboard camera app from Google. The common thing that occurs in both the apps is that the results are available in both the cases in the Google in the virtual reality handset of Google cardboard. In fact, you will be able to  navigate to the url in the web browser and then rotate the image, while holding down the mouse.

Images are saved on Google drive and it is possible to bring previously saved images to the camera app.

Sprayscape is built in Unity with native Android support. Sprayscape uses the gyroscope of the device for mapping the camera feeds and taking 360 degrees spherical photos. The gyroscope data is handled with the Cardboard SDK, by Sprayscape. Precise camera control happens with Natcam Utility plugin. The users will be able to point at objects and people, with their phones. They simply need to tap the screen for capturing the frame and spray onto the sphere. The camera app allows the users to “spray” photos. The users then may use the fingers to capture different parts of the environment they want to capture. Users will be able to spray large amounts of contents onto the sphere, while pointing at moving objects. They will also be tap and hold the screen and make a movement in the devices. Unlike a panorama, it does not have the ability to stitch photos, but will be able to put the photos, each one over the other.

Technology working behind the Scape in the Camera App

It is the Graphic Processing Unit (GPU) that makes it all possible, for converting the camera feed into a texture, with a rate of 60 frames per second. There is fragment shader on the GPU that composites the current texture on an existing texture. The scape that you see in the camera app is handled by the same shader also has the ability to handle the feed from 2D camera into the 360-degree photo.

A flat panorama image is stored in the app data, when the user wants to save a scape. However, while sharing the scape the three.js web viewer takes the flat image and wraps it to a sphere and makes it possible to be navigable on the mobile app, while tilting, panning and moving the device.

Sharing the Photos with Friends

If you like to share something that you have captured, Sprayscape is a camera app that makes your life simple. Creations may be shared with links and friends will be able to jump into the scapes and may explore around, with just using their phones or Google cardboards.

The camera app is way of exploration from Google, so that it becomes possible by anyone with a smartphone, to become a VR creator. A perfect capture is not what the app aims at, instead it wants the people to have fun, while using the app for creativity in their surrounding times and places.

German blog Deutsche Startups reported that the GetYourGuide app, an online marketplace, and internet booking engine for incredible travel experiences, has bagged €500 million.The new funding round of the tour operator platform, GetYourGuide, was led by Temasek Holding with participation fr