Only few publishers have access to the tag for now 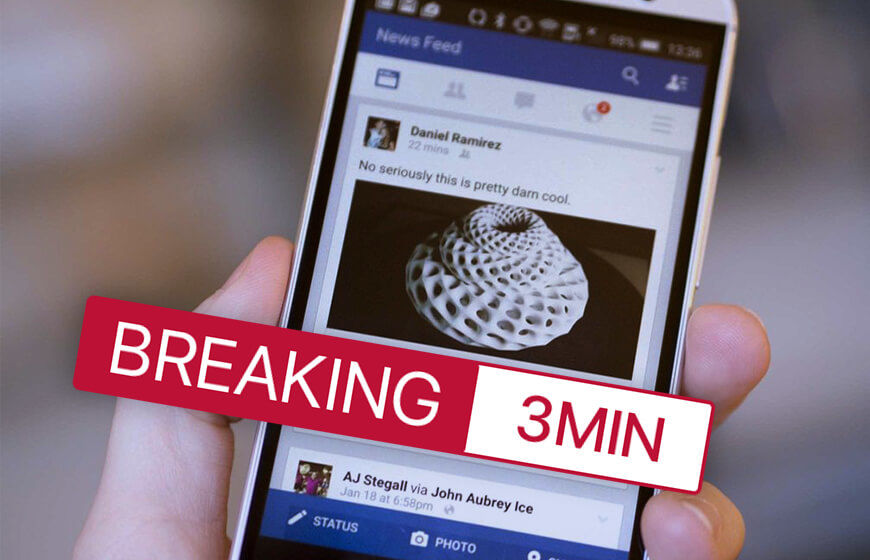 Facebook is finally taking a step to make the social media platform a bit less manipulative for spreading news. The social media giant has started giving a ‘Breaking’ tags to the publishers for their news stories. The feature is currently in the testing phase under which the company is providing the tag to some limited publishers.

With the help of the tag, Facebook wants to deliver categorized content to the users as it will be easier for them to identify the most recent story. As a part of the test, the publishers are allowed to add a tag to their news story once in 24 hours. In addition to this, the publishers can leave the tag on their news for three minutes to six hours. This step will help the publishers to put the story in front with a priority tag for users in the content crowded feed. However, the ‘breaking’ tag doesn't boost up the post visibility and reach on Facebook at least for now. Facebook may consider making the option a commercial way of business once it is available for all publishers.

Facebook also has to deal with ‘Fake news’, that is the non-authentic content shared on the platform to convey a manipulative information. The company is still not over from the accusation of affecting the 2016 U.S. presidential elections. Facebook is consistently working to filter out the fake news from the publisher and block them. The new news identification system via tag is also a small step by the company to put a curb on the ‘fake news’ on the portal. Along with this, adding a tag to the story will help the publishers to acquire more traffic on Facebook.

Sharing the latest happening or news has never been the Facebook’s area of interest rather it delivers the user-oriented content. This gives the publishers a chance to circulate some fake news or content over the platform for creating a buzz. However, it showed regular interests by adding new features to the platform such as live video streaming. Recently, Facebook launched its Creator app for the video makers that help them in managing the live streaming. Now, the tag system makes it clear that the company is planning to become more serious about delivering news to the users. Facebook also revamped its Event map with a new name ‘Facebook Local’ for local news and happenings.

For now, Facebook is testing the ‘breaking’ tag with some publishers, including the ABC news, Vox, and The Verge. According to the company's spokesperson, once the tag is successfully tested with the publishers and appreciated by the Facebook users it will be available to more publishers in future.